Barred from the debate last night because he hasn’t raised the money to qualify under public financing rules, GOP gubernatorial candidate Assemblyman Richard Merkt (R-Mendham) described his two rivals’ slugfest as mainly a futile exercise in one-upmanship on the issue of taxes, with each promising a more impossible largesse of relief than the other, in Merkt’s view.

The retiring 25th District assemblyman from the beginning of his campaign has argued that has primary opponents would not be able to effect the structural tax changes they champion because of the Democratic Party’s control of the legislature.

“I’ve been in the legislature for 12 years, and it’s like trying to herd cats to get 120 legislators in line,” Merkt said. “The only way to do it is to cut the Gordian knot, which is the State Supreme Court. Both of these gentlemen are astute enough to know ther tax promises can’t be accomplished without the legislature, and when they make their arguments, they are misleading the public.

“I do give credit to Steve Lonegan,” Merkt added. “At least he said he would replace members of the court. Frankly, he’s following me on the issue, because I was the first to say that. Chris Christie says he would wait for two of them to retire. That’s not credible. When you’re talking about substantial changes the governor is constitutionally positioned to make, that starts with discharging those judges who defend COAH (the Coalition on Affordable Housing) and the Abbott Schools decision. As governor, I would fire those judges when their terms end, not wait for them to retire.”

Asked about Christie’s characterization of his opposition as “party bosses” in the 1990s when he ran unsuccessfully for reelection as a freeholder, Merkt said, “The reason Chris Christie got in trouble in his re-election bid was because of his aggressive style and self-promotion. Now he wants to rationalize that as him standing up to the bosses. The fact is that Morris County has the least effective organization in New Jersey in terms of bosses. Chris has forgotten the lesson of why he lost.” 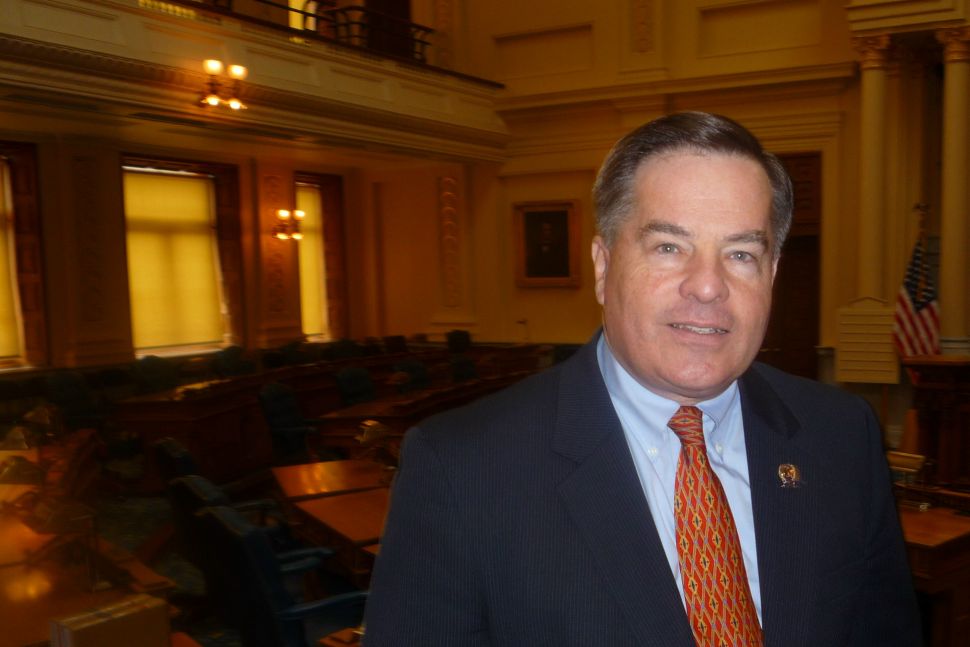