After jogging throughout New Jersey’s 566 municipalities with little press coverage, Assemblyman Richard Merkt (R-Mendham) appeared to get an 11th hour boost from his participation in two GOP gubernatorial debates this week, cornering some of the 101.5 listening audience’s praise on Jim Gearhart’s Thursday morning talk radio program.

Republican frontrunner Chris Christie and Merkt sparred on several occasions during the course of Wednesday’s WOR radio debate, significantly on the subject of how each man would implement change.

Christie likened himself to Ronald Reagan, and argued that his election as governor would create a popular groundswell forcing state Sen. President Richard Codey (D-Roseland), whom he described as New Jersey’s Tip O’Neill, to the negotiating table.

Merkt questioned Christie’s ability to accomplish that, and stayed with his main message of delivering structural changes by addressing the makeup of the state Supreme Court and exercising his executive power.

“I think Chris has shown a lot of bravado and bluster with the notion that he has the leadership to make this happen and that Codey would simply bow to the will of the people,” said Merkt. “This is the difference between someone who knows what he’s talking about and someone who’s faking it.”

Merkt said he would end the Council on Affordable Housing (COAH) by issuing an executive order to stop funding the program.

“If you understand the separation of powers, the governor has the upper hand,” he said. “The governor as of May of next year has the opportunity to reshape the court, and that is so important. You can’t have two engineers driving the locomotive. You need one person in charge, and that’s the governor. I’m the only candidate in this race who has scrupulously defined what I can do as governor.”

Merkt said he and former Bogota Mayor Steve Lonegan have also moved Christie to the right on the issue of judicial appointments, by equally forcing the frontrunner to acknowledge his likely dismissal of Justices Wallace and Rivera-Soto when they are due for reappointment.

Polling at 2% in last week's Quinnipiac University poll, the candidate wouldn't speculate aboutwhether his burst of attention in the waning days of the gubernatorial campaign would create any impact on the race. Sources close to Merkt said alliesof both Lonegan's and Christie's have urgedMerkt to drop out of the race.

The assemblyman objected when asked if he believesa Merkt surge mightdiminish Lonegan's chances of upsetting Christie. 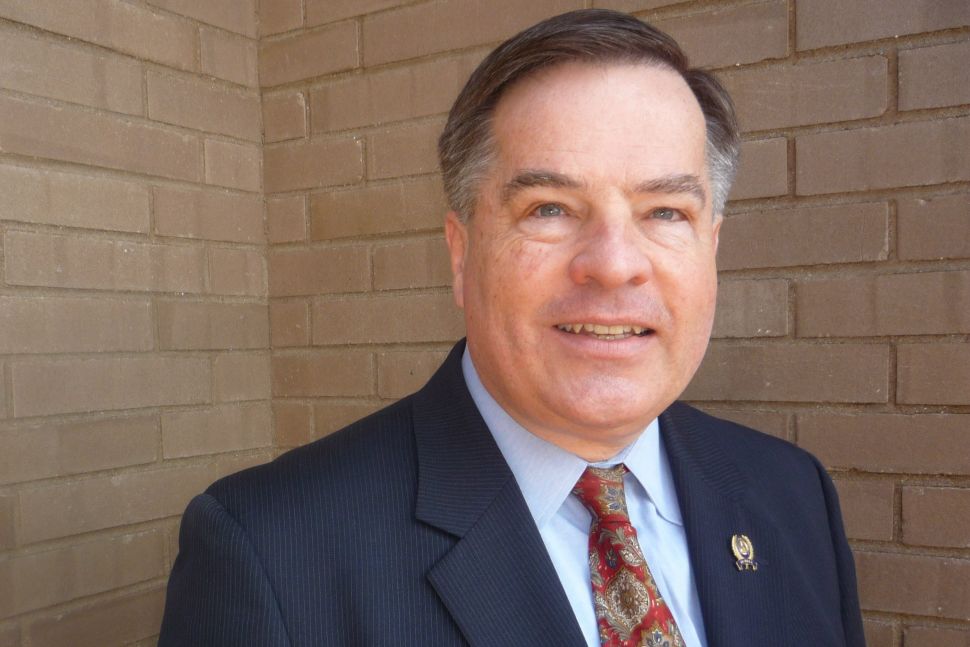