Smith might not normally be a threat, or even on anyone's radar, but there are some factors this time.

Heworks asAssemblyman Mike Doherty's (R-Washington Twp.) chief of staff, and is running for the Assemblyon a renegade slate with his boss.An energized Doherty'schallenging state Sen. Marcia Karrow (R-Raritan Twp.), who stands at the top of the ticket that includes DiMaio and Peterson.

DiMaio and Peterson have an edge against Smith, who's never won several stabs at elected office in the past.

But Doherty's race with Karrow,coupled withactivist support inHunterdon and Warren County for anti-establishment gubernatorial candidate Steve Lonegan, have spurred Peterson and DiMaio into fullbore campaign mode in stride with Karrow.

The most common question coming from voters in this district- and this according to both Doherty and DiMaio – concerns the gubernatorial primary.

He works other angles.

"Today will put me at about 2,000 homes where I've knocked on doors," says DiMaio,navigating through an upscale neighborhood in Clinton Twp."It's not easy, in between running a construction business and governing, but we're working."

Rain threatens on Sunday as DiMaioand his aide drive up another drivewayof yet another Republican homeowner in this 2-1 Republican district made up of 46 small towns scattered across 750 square miles of Western New Jersey countryside.

"You look determined in the rain, but there comes a point where you don't want to overdue it," says DiMaio, who triumphed at a special convention earlier this year to fill Karrow's seat when she moved up to the Senate to claim the seat vacated by U.S. Rep. Leonard Lance (R-Clinton).

Clinton is important in this race because there is a local primary and insiders expect turnout to be high in one of the bigger Republican base towns in the district.

DiMaio figures he's strong in his hometown of Hackettstown, where he served as mayor and racked 20 years of local governance. As part of his campaigning this time hewent door-to-door there in five out of the town's seven districts.

DiMaio spent about $60,000 on his own unsuccessful 2005 Assembly race. This year, his individual contribution to acampaignthat folds into other pieces, including his running mates' contributions, costs himaround$30,000. 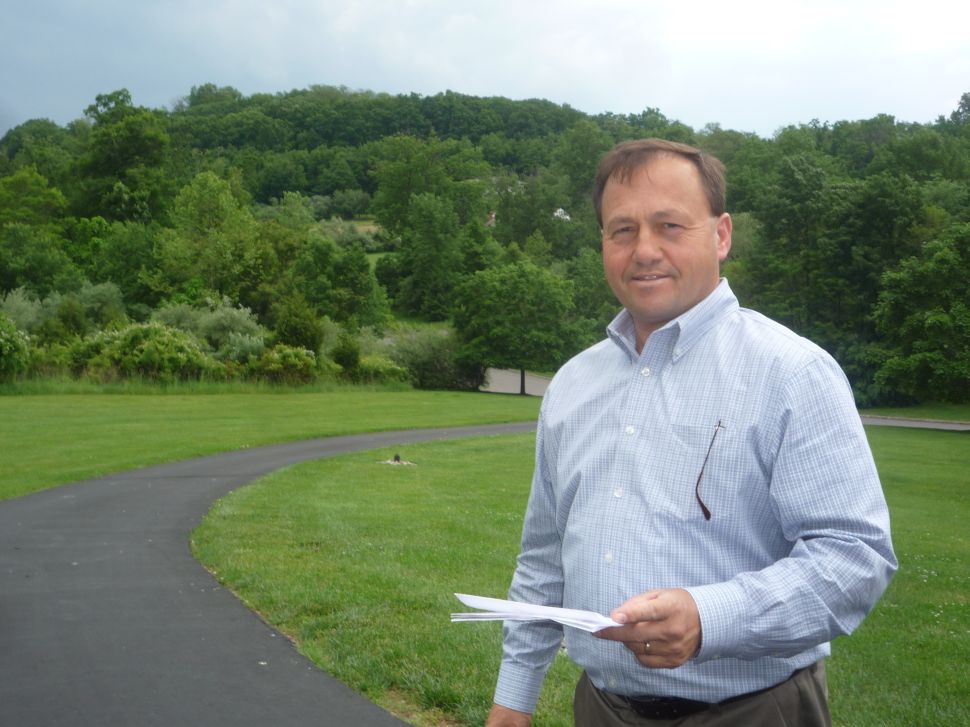