MANHATTAN – U.S. Rep. Bill Pascrell (D-Paterson) straightened the backs of New York’s legal community yesterday and created a ripple of discomfort when he railed against deferred prosecution agreements (DPAs) and government appointment of federal monitors, forcing the event's organizer out of his chair and into mild-mannered damage control mode.

Pointing to the DPAs administered by the government in fraud and alleged fraud cases perpetuated by Bristol-Myers Squibb, AIG, Zimmer Holdings, the University of Medicine and Dentistry of New Jersey (UMDNJ) and others – 112 deferred prosecution agreements since 1993 – Pascrell said the process as it currently exists not only diminishes consumer confidence, but breaks down the confidence the average person has in the judicial and prosecutorial system.

Pascrell called the engineers of Medicare fraud at Zimmer Holdings “the real ax murderers of our time,” and charged a weakened U.S. Department of Justice with using deferred prosecution agreements instead of administering real punishment out of a general sense of fear of “dismantling corporations. God forbid that should happen.”

The system for adujicating corporate crime under the providions of DPAs as it now exists contains no oversight, no transparency, no coherent fee structuring, blistered Pascrell, who spoke following a softer toned performance by U.S. Frank Pallone (D-Long Branch) at this New York University Law School conference entitled “Regulation by Prosecutors.”

“My grandfather used to say the wrong people are in jail,” Pascrell said.

Anthony Barkow, director of the school’s Center on the Administration of Criminal Law, edged toward the podium where Pascrell stood at the front of a big room filled with legal minds.

“Excuse me,” said Pascrell. “We will hold our hearings and we hope something comes out of those hearings. These people at Zimmer Holdings were taking money from our grandparents. You’re damn right they want deferred prosecution agreements.”

On his way out of the room moments later, Pascrell told PolitickerNJ.com that his and Pallone’s reform legislation would create a competitive process for the appointment of federal monitors, “take it out of the hands of U.S. Attorneys and give it a pool of people.”

The Paterson product’s from the hip performance at NYU underscored his scrappy tendencies.

“My parents would be proud today, looking down from heaven to see this,” Pascrell told the crowd. “They always wanted me to be a lawyer.”

Even this cynical crowd of prosecutors and their retainers expended some warmth. A few smiles broke forth. Then Pascrell added with an edge, “I have produced two lawyers, but you’ll have to hold my wife accountable for that.”

Some in his party have thought the congressman’s urban roots and corollary opposite approach to Gov. Jon Corzine’s soft-spoken style might make him a good contrast candidate for lieutenant governor on a ticket with Corzine.

On Friday, Pascrell said he doesn’t want the job. “People have asked me, I’m not interested,” he told PolitickerNJ.com, as he left the conference. 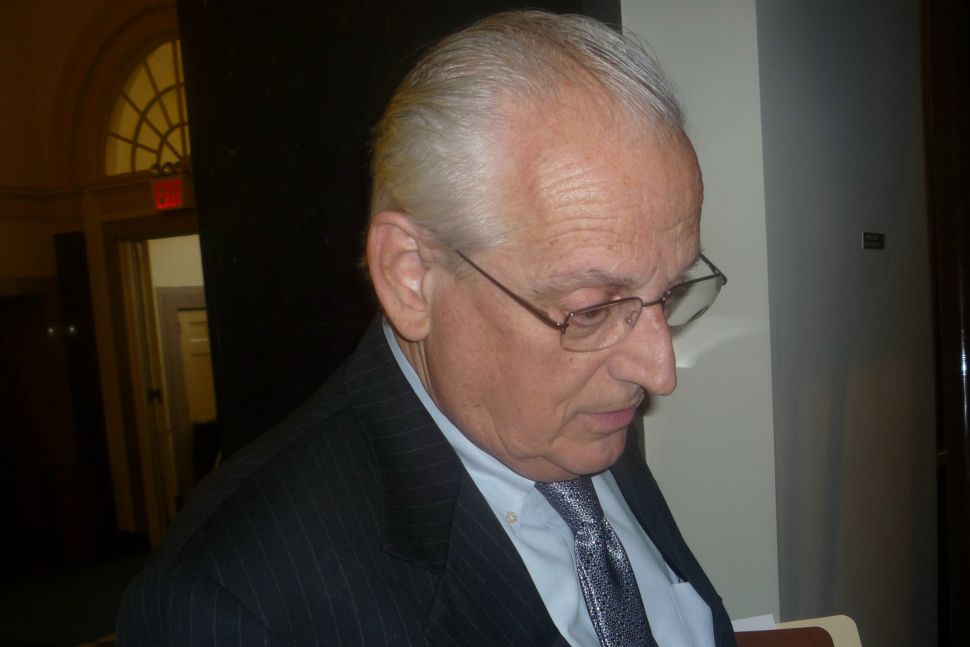