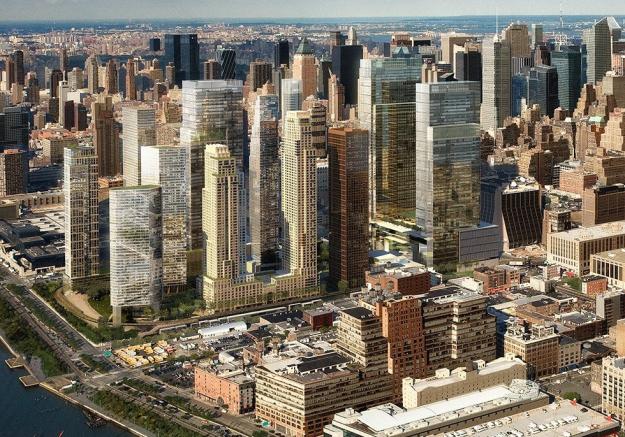 The seven-month public rezoning process kicked off last week for half of the West Side rail yards, the 26-acre development site just south of the Javits Center on the far West Side. Here’s a look at some of the plans from Stephen Ross’ Related Companies, the site’s designated developer. (That said, Related has yet to sign a contract for the project, which would ultimately entail $15 billion or so in new development. The contract is scheduled to be signed by January.)

Above, plans for both the eastern and western half of the yards. The eastern section (between Tenth and Eleventh Avenues) was rezoned in 2005, and now the western half is up for public approval. 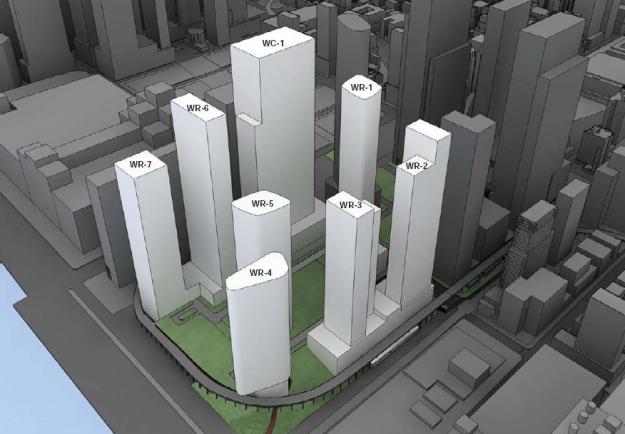 The western half of the site is envisioned to have eight towers totaling up to 6.4 million square feet, seven of them residential (some of those mixed-use), and one commercial. According to Related’s plans filed with the city, they envision between 4,624 and  5,762 apartments (20 percent of the rentals would be below-market rate), along with 1.5 to 2.2 million square feet of commercial space (either an office tower or a 1,200-room hotel). 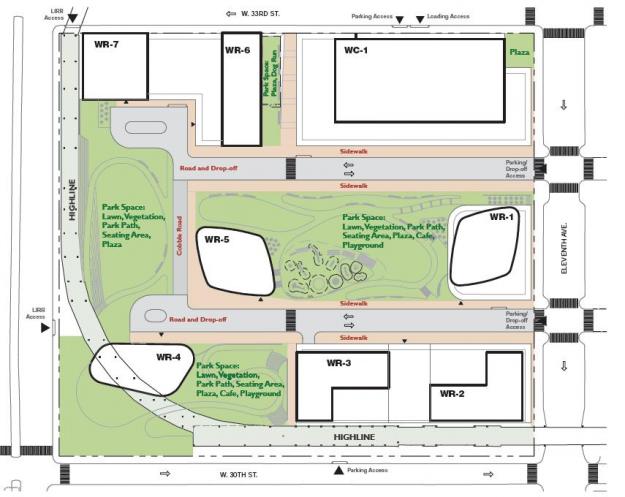 The plan calls for about 5 acres of open space, with Michael Van Valkenburg Associates handling the landscape design (KPF did the master plan). 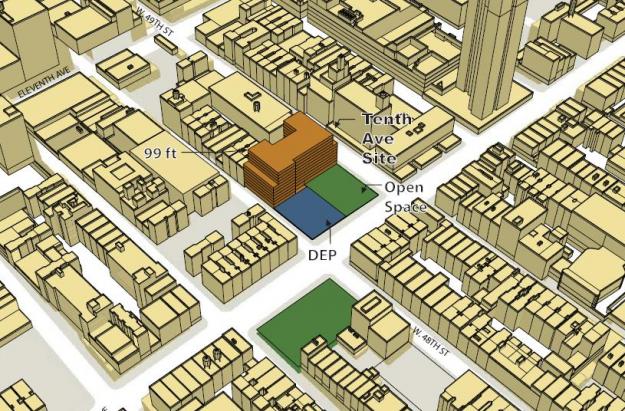 The rezoning also calls for development of two government-owned sites on which to build subsidized housing. The site at Tenth Avenue and 48th Street, owned by the city’s Department of Environmental Protection, would have 204 units, and it’s estimated to be completed in 2018. 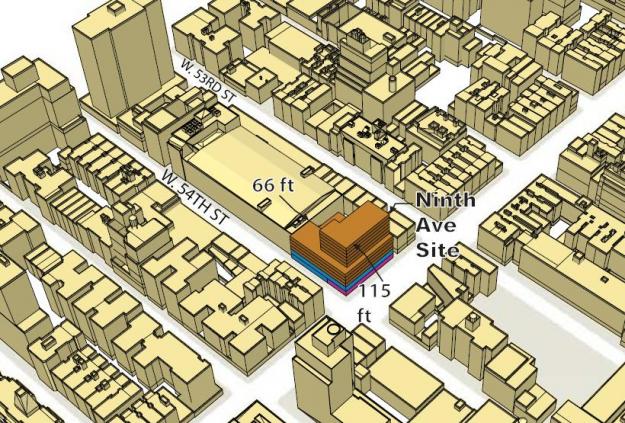 The site at Ninth Avenue and 54th Street would have an estimated 108 units, along with M.T.A. offices. It’s penciled in for completion in 2016. 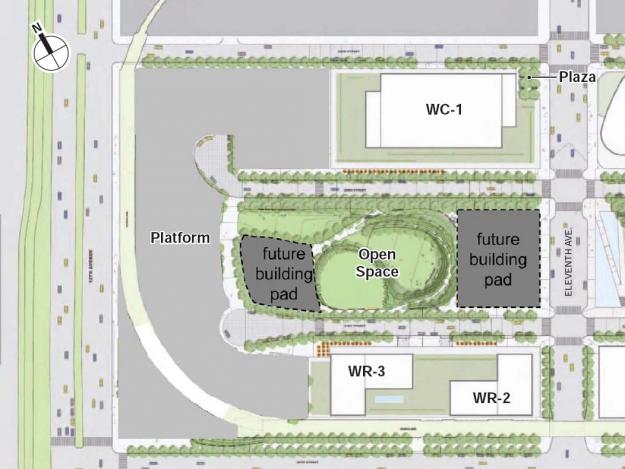 The build-out of the site would likely be done in stages. Here’s a possible look at 2017: two residential buildings, a commercial tower and 1.6 acres of open space (it wouldn’t be a park; it’s privately owned public space). Not to say this is written in stone, but Related’s documents filed with the city put end of construction for the final tower in 2019. 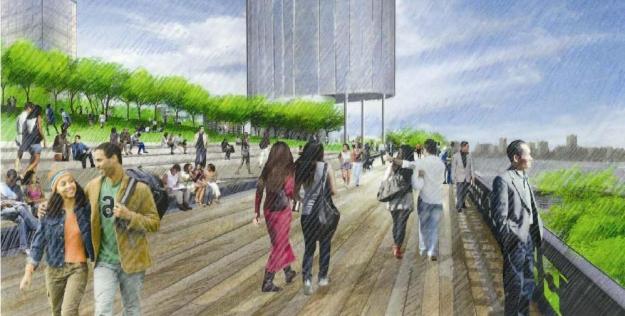 Looking south, on the western edge of the site along the High Line 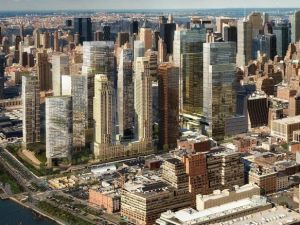 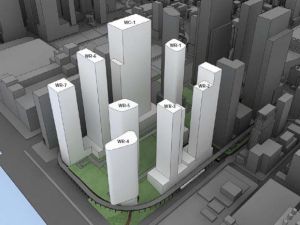 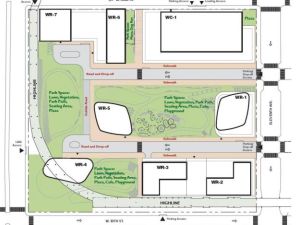 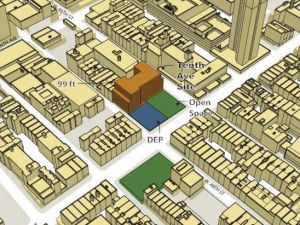 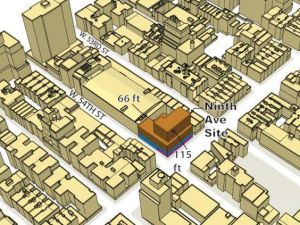 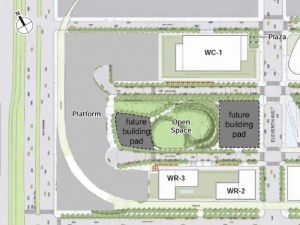 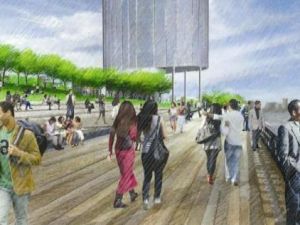