PLAINFIELD – Mayor Sharon Robinson-Briggsplayed it feistythroughout the course of a two hour debate forum featuring seven mayoral candidates and two Assembly candidates, poking now and again at her chief rival, then letting it rip when she stood for her closing statement and again focused most of her ire on 3rd Ward Councilman Adrian Mapp, who’s challenging the establishment Democrat as the leader of the upstart New Democrats.

“There’s one candidate up here who can’t even get the budget of Roselle right, a budget that ended up in court, and now he wants to be mayor,” said Robinson-Briggs, Plainfield’s first woman mayor, landing a last second dig at Mapp, who serves as chief financial officer of Roselle.

Mapp laughed it off.

It was the last of several barbs Robinson-Briggs tossed in his direction duringa forum sponsored by the red-jacketed Robinson-Briggs allies – Women for Progress in Plainfield.

“Under the previous administration’s road plan, no roads would be repaired, because there were no funds attached to it,”the mayorhad said at another point, criticizing Mapp for his service as council president during Al McWilliams’s era, which Robinson-Briggs short-circuited only to now be up against the late McWIlliams’ chief ally, Mapp, who’s running with very little money in comparison to the incumbent mayor but at the head of a well-organized grassroots operation.

There were five other challengers on the dais and Robinson-Briggs would excoriate most of them in her closing statement, but mostly she remained focused on Mapp, repeatedly burnishing her own record with a contrast to the McWilliams era.

“I’m very proud of what our Public Works has been doing,” she declared. “Someone here was council president when the wrong pipes were ordered (for a roads project). Maybe that’s where some of the funds went.”

Although the incumbent has on her side the argument that homicides are down significantly in the three years since she has served, the Muhlenberg Hospital closure casts a symbolic shadow over her record. As an apologist for the Democratic establishment that gulped down Gov. Jon Corzine’s tough luck Muhlenberg message, she has the hospital shutdown on her watch.

The lone Republican candidate among a group of hopefuls that included Carol Ann Brokaw Boles, Martin Cox, Bob Ferraro and Thomas Turner – James Pivnichny received the biggest laugh of the evening when he vowed to cut the city budget, beginning in the mayor’s office. 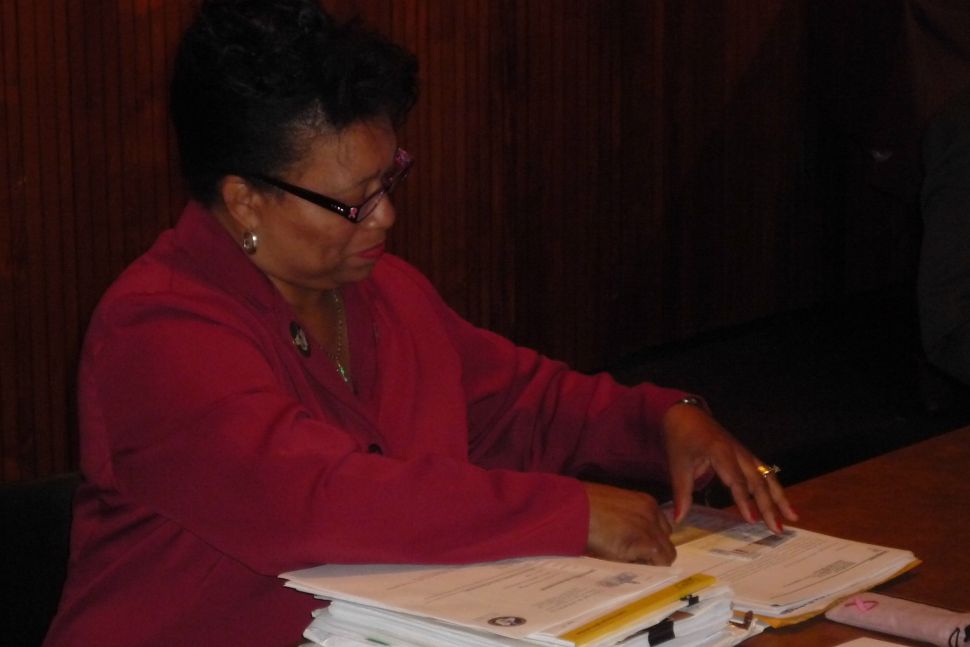