The Associated Press reported today that former Massachusetts governor and 2008 Republican presidential candidate Mitt Romney stood in front of Haddonfield Borough Hall with gubernatorial candidate Chris Christie and told a crowd of about 50 people that “New Jersey has tried liberal and it's time for the state to have a chance to try conservative.” 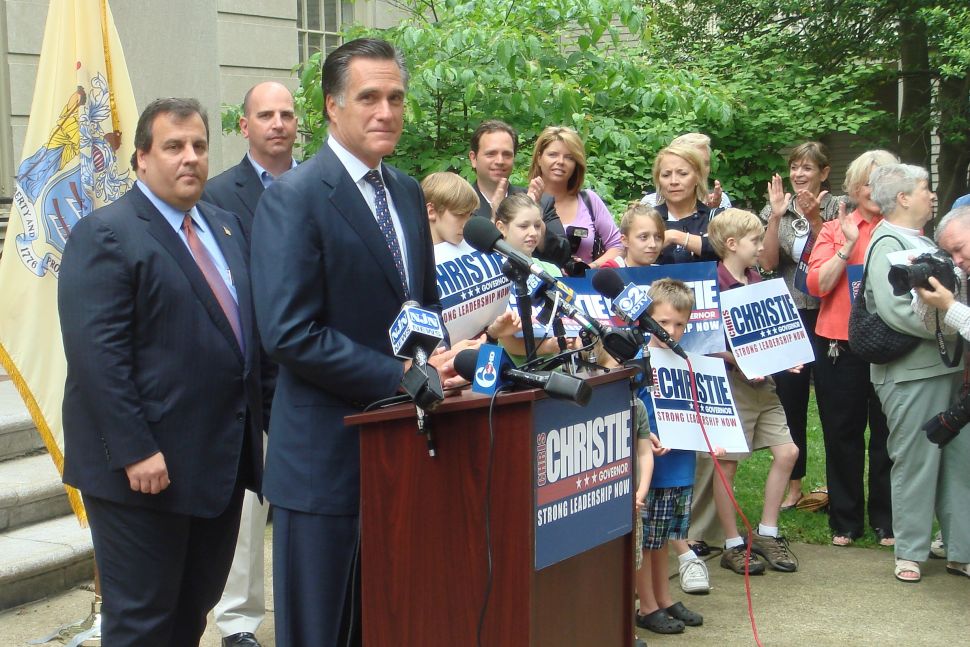