In an email to his political friends and allies sent today, Sabrin, who teaches finance at Ramapo College, said he had a conversation with Christie this morning and concluded that “Chris’s vision for New Jersey is best suited for the current economic crisis” because he “understands the need to lower the tax burden and decrease spending.”

He also criticized the flat tax plan of Christie rival Steve Lonegan, who is running as the more conservative alternative, for raising the tax rate on a significant portion of New Jerseyans.

“Steve Lonegan’s ill conceived tax plan is nothing more than a political ploy that will penalize working families, particularly those with stay-at-home moms who are the backbone of the conservative movement in New Jersey,” wrote Sabrin.

Sabrin is the third conservative voice the Christie campaign has used to counter Lonegan’s claim to the right on fiscal issues. They’ve already touted an endorsement column by publishing tycoon Steve Forbes – a staunch proponent of a federal flat tax – and former Jersey City Mayor and gubernatorial candidate Bret Schundler.

Earlier this month, Sabrin wrote a column for PolitickerNJ.com that was critical of Lonegan’s tax plan, comments from which wound up in Christie ads.

But Sabrin’s endorsement is surprising in light of comments he made one year ago during his unsuccessful primary bid. Upset that his complaints to then-U.S. Attorney Christie about alleged corruption in the mainstream GOP were going unanswered, Sabrin said that “Chris Christie is turning a blind eye to the rampant corruption throughout New Jersey by Republican public officials and political bosses. There is no way Chris Christie can be elected Governor of New Jersey if he continues with this partisan prosecution.”

Sabrin, who argued that the Republican primary was being stolen from him by corrupt party bosses, said that he would “do everything I can to prevent Chris Christie from being elected Governor of New Jersey next year,” and even said he might run himself.

But just because Sabrin and Lonegan were ideologically close did not mean the two had a good relationship. Lonegan, who planned to endorse Sabrin’s Senate bid last year, ultimately decided not to because of the tenor of Sabrin’s campagn.

“Steve found that Murray’s campaign wasn’t conducive to helping the conservative movement at all. It was just a bunch of personal insults. Very childish and pathetic,” said Lonegan strategist Rick Shaftan. “It’s sad to see how low Murray has fallen. Obviously his investments are doing very poorly these days.”

Sabrin, who also ran for governor as a Libertarian and U.S. Senate as a Republican in 2000, ultimately came in third in last year's race, behind former U.S. Rep. Dick Zimmer and state Sen. Joe Pennacchio (R-Montville).

In the email, Sabrin acknowledged that he does not agree with Christie on everything, but said he felt assured that Chrisite would listen to different points of view.

"The fundamental principles of our party is promoting prosperity and defending liberty. Chris has assured me that in his administration all sides will be heard and taken seriously," he wrote. "This shows his confidence and leadership."

Sabrin is an unpaid columnist for PolitickerNJ.com. 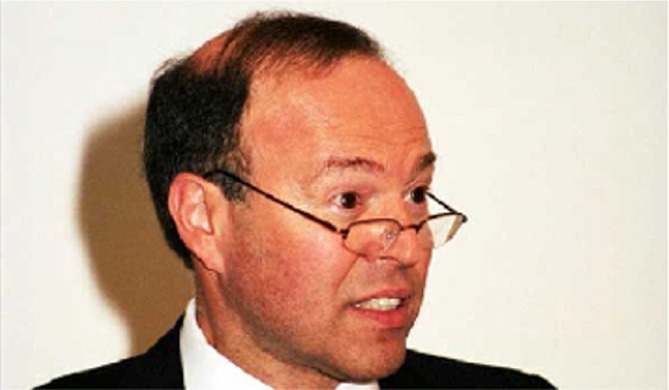