“When we endorsed Mayor Donald Cresitello in 2005 we had high hopes for his term in office, but his anti-immigrant policies are not only an insult to the millions of hard-working newcomers to this state, but they also run counter to the values of 32BJ,” said Kevin Brown, 32BJ SEIU New Jersey area director. “We believe immigrants, regardless of their status shouldn’t feel afraid to live in their own homes for fear of harassment. They should be given an opportunity to come out from the shadows and provided with a legal path to citizenship without the fear of being persecuted.”

32BJ has a membership of almost 8,000 in New Jersey. According to a press release, the union is committed to putting its members on the ground to knock on doors, make phone calls and drive voter turnout on Election Day.

"I am honored to receive this important endorsement from 32BJ, the largest building service workers union in the country,” said Dougherty. “I look forward to working together with them and others to move Morristown in the right direction for all our residents and workers.”

Dougherty and Cresitello are scheduled to square off in their only debate in about three and a half hours. 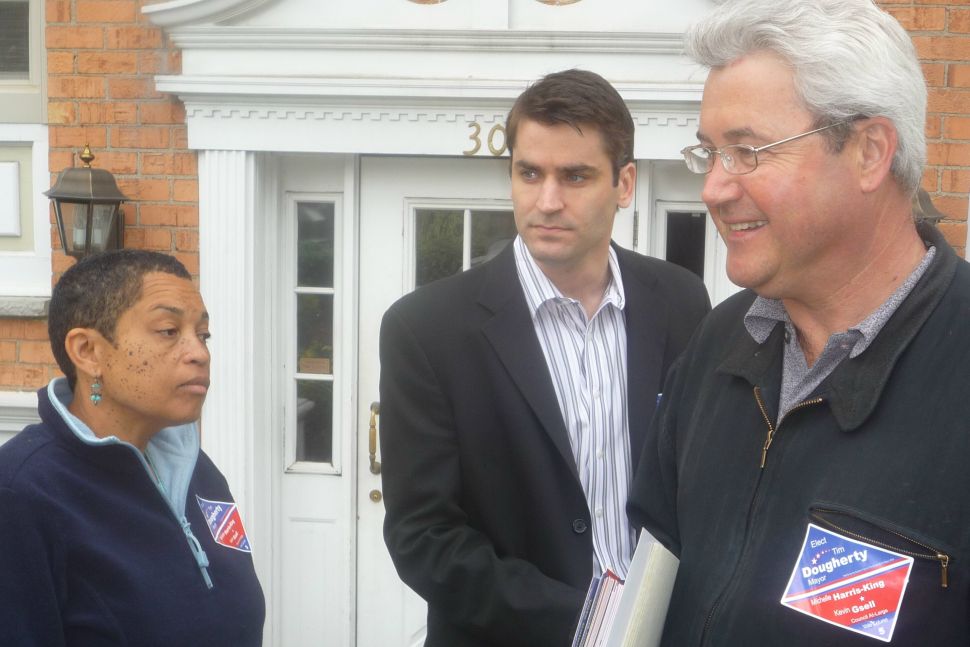