NEWARK -The appearance of aStar-Ledger story this morningdescribing Obama allies worried about the gubernatorial election prompted an afternoongutcheck with Newark Mayor Cory Booker outside an afterschool facility in an old, converted firehouse serving childrenimpacted byAIDS.

Already publicly commited to pursuing a reelection bid for mayor next year and adamantly disinterestedin runningwith Gov. Jon Corzine as a candidate for lieutenant governor, Booker denied that anyone part ofthe political arm of the Obama administration wants to see him running for statewide office in 2009.

"They know I am more valuable to what they're trying to do – here, rather than running for lieutenant governor. They are keenly aware of the urgency of Newark," said Booker, moments after emerging from the Academy Street Firehouse, where Dr. Terry Zealand and his wife, Faye, and son Kevin, run an after-school program for children either infectedor affected by AIDS, a facility that fits into a larger housingeffort to care for children and families fighting the disease.

"The reality for me isI'm going to be there for Jon,"added Booker of a governor running ten points behind former U.S. Attorney Chris Christie in the latest Quinnipiac University poll. "I'm going to raise money for him, and I'm willing to crisscross the state and organize here in Newark for him the same way I organized for President Obama. The success of Gov. Corzine is a story that is not often told, and I am committed to helping him tell that story."

The mayor's on the record in support of state Sen. Loretta Weinberg (D-Teaneck) for the job of lieutenant governor.

"There are 12,000 children who have lost parents to AIDS in the Newark metropolitan area, and 18,000 statewide," Zealand told Booker when he and part of his staff led the mayor on a tour of their building, where 15 children daily – and more in the coming months – participate in after-school activities, including art and music lessons.

Married for 38 years,Terry and Faye Zealand (from Trenton and Camden respectively)committed themselves to caring for children and families with AIDS over 20 years ago after a friend of theirs succumbedto the illness.

"I get a sense Newark is definitely coming back," Zealand told Booker. "For all the years we worked with (Sharpe) James, our relationship with the city was never as positive as it is now."

"Truman said the secret to great leadership is to hire great people and then get out of their way," the mayor said. 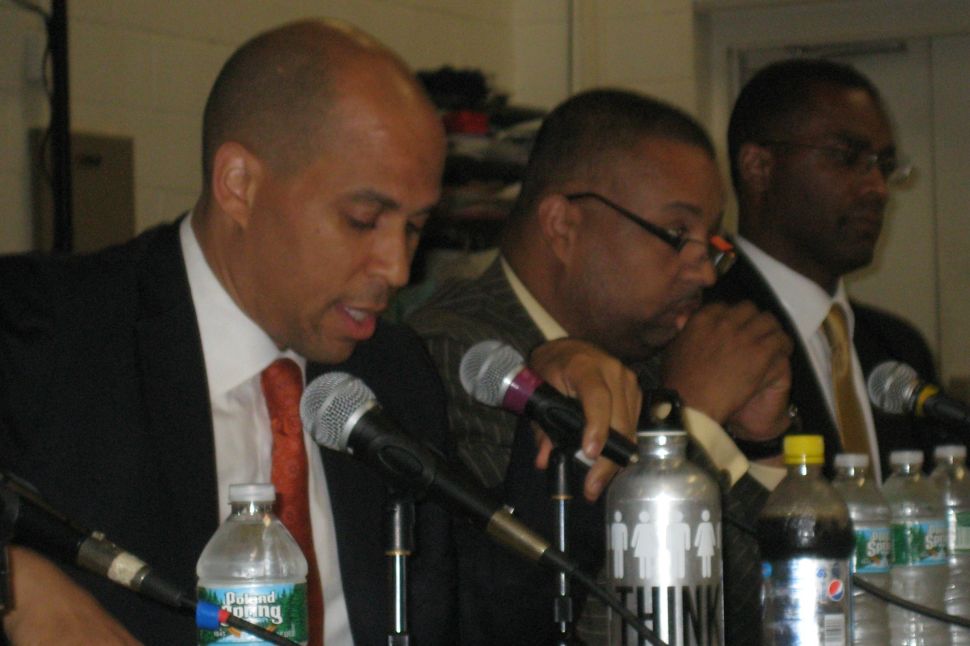