He hasn't won, but he's leading his rivalby 88 votes after the county clerk counted absentee ballots, according to Cammarano Campaign Manager Gary Iaccabacci.

"I will never forget the commitment of the people on this campaign when I take the oath of office, but for now let's go downstairs and have a party," Cammarano told his crowd of blue-shirted supporters that spilled over the sidewalk and into Washington Street.

Cammarano stood on the steps below Tiger Shulman's karate studio, flanked by his wife and his running mate, Angel Alicea.

"I had a lot of running mates in this race," said the councilman, acknowledginghisoriginal May 12th team, which morphed into him andAlicea joining forces with Vincent Addeo and Raul Morales for the runoff election.

Cammarano called Alicea "the big man on the campaign trail."

Zimmer Campaign Strategist Mike Lenz pointed out that there are still 80 provisionals remaining to be counted and, he believes, other votes that were not included in the clerk's final district tally. 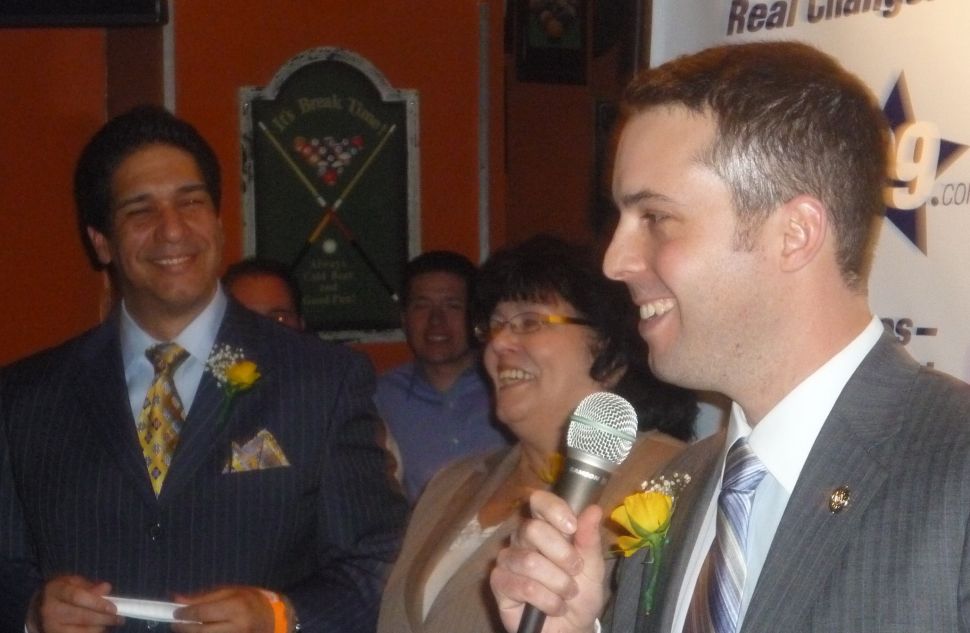