The Communication Workers of America (CWA) today voted 68.8% to 31.2%in favor of anagreement reached earlier this month with the Corzine Administration that ensures no layoffs for 18 months and defersa contractual wage increase until January of 2011.

According to a release issued by the CWA, over 13,000 members participated in the vote, with 8,977 votingin the affirmativeand 4,078 voting no.

“During these hard economic times, nothing is more important than protecting vital public services and the jobs of working people," said Hetty Rosenstein, CWA’s New Jersey Area director."Today’s overwhelming ‘yes’ vote on the agreement demonstrates that our members are committed to preserving public services and to protecting the livelihoods of all working people, and shows that they appreciate the extraordinary negotiating job performed by the CWA Bargaining Committee."

Pannedby Republican gubernatorial nominee Chris Christie as a Corzine fold-up in the face of the powerful public workers' union, the agreement requires CWA workers to take 10 unpaid furlough days from May 2009 through June 2010 and guarantees seven paid leave days.

Gov. Jon Corzine issued a statement in response to the news.

“I am pleased that our state workforce chose a path that will allow the state to continue to provide vital public services without disruption while achieving over $300 million in cost savings and averting major layoffs," said the governor. "This was truly an important achievement for both the state and public employees, who were willing to negotiate an unprecedented agreement as part of our continuing effort to secure savings and protect jobs in the face of an unprecedented economic crisis and revenue decline.” 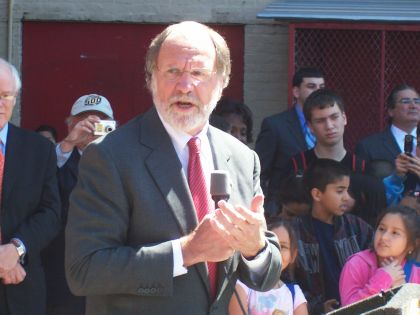