Daggett toured the office for the first time last week, but the campaign installed phones this afternoon, which officially made the place operational, Johnson said.

In addition to walking the beaches on weekends, the candidate's main campaign effort over the course of the past few weeks has been fundraising, as Daggett hopes to raise $340,000 to qualify for public matching funds.

In a statement released today, Daggett reiterated his belief that voters are unhappy with both parties.

"When both Democrats and Republicans are in charge in Trenton, nothing changes," said the former Republican, who served as regionaladministrator for the Environmental Protection Agency (EPA) under President Ronald Reagan."Only an independent candidate can shake up the system and bring needed change to the state. …The political system is broken. Neither party is either willing or capable of dealing with the state’s fiscal crisis. They are too worried about winning the next election, beholden to special interests, or tied to partisan positions to work together to restore fiscal sanity to governments at all levels.’’ 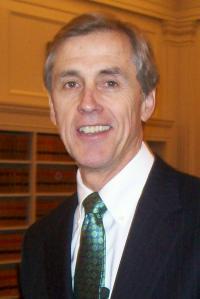