HOBOKEN – When Dawn Zimmer won her council seat two years ago she did so in the face of a vigorous losing effort by Chris Campos, a "B and R" as they say here (born and raised) who fought out of his solidified 4th Ward baseof Hoboken'spublic housing community.

Running on a ticket with Union City detective Angel Alicea, At-Large Councilman Peter Cammarano has pursued those old Campos voters with a vengeance, promising no layoffs of public workers, for one; and shortly before the polls close here for goodit's obvious that Zimmer's ampedup effort is on the east side of the ward and onHudson Street where theyoung urban professionals tramp back from the financial furnaces of Manhattan.

The competing Cammarano palm cardcarriers aren't at full strength there.

But back on Jackson Streetwhere the old Latinos crowd around the table under umbrellas and the only sound is the clicking of their dominoes knocking against one another inearly evening before the campaign cars scream through the area urging "Cammarano," it's the at-large councilman at full strength and Zimmer playing defense.

"No time, you've got to go vote, now," says Perry Belfiore, a B and R and Cammarano supporter, who works the nooks and crannies of Jackson and who right now wants a meandering voter to get to it – before it's too late.

"Are you serious?" the woman asks him.

He stares at her stonily, and she moves off toward the polling place with about a half an hour remaining.

Belfiore's phone rings. It's Assemblyman Ruben Ramos (D-Hoboken), who's crunched into some corner of the 4th Ward and doing the math in an effort to figure out where his old pal Cammarano is and what he needs to do to win in the closing moments.

The face of Frank Sinatra in an old mugshot, framed now and hanging in a deli off Park Avenue, stares off the walland seems to be saying, "Do I look like I'm serious?" but there's no time to ponder that now with the polls closed and when the deadpan guy behind the counter says, "What'll it be?" the only right answer seems to be, "Number Six, Fugata Boutit."

Back at City Hall, Clerk Jimmy Farina is holed upin his officeas the votes come in in boxes. 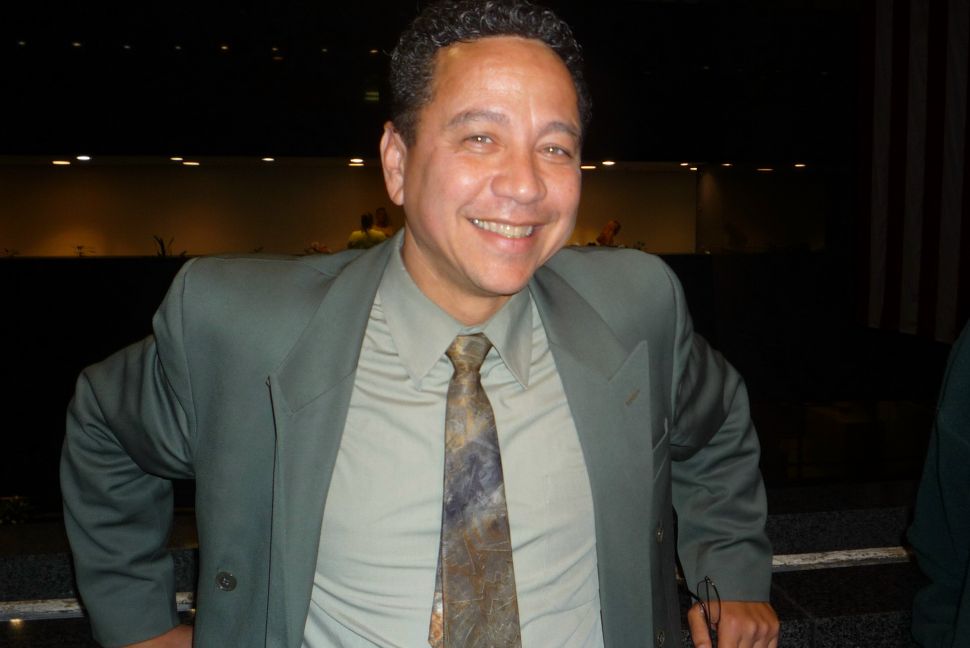