The legal brains and attendant suppporters are in a conference right now at the Hudson County Board of Elections Office trying to figure out what to do next in this prolonged mayoral contest between At-Large Councilman Peter Cammarano and 4th Ward Councilwoman Dawn Zimmer.

But that number is not final.

"There are 150 provisional ballots that have not yet been counted and they will not be tallied until tomororw – latest Friday," Lore told PolitickerNJ.com.

The ongoing conference between the mayoral combatants is the chief reason for the delay in the provisional tally, Lore added.

Cammarano declared victory last night after 479 absentee ballots went in his favor versus Zimmer's 147 absentees, but sources in the Zimmer camp today say it's far from over. The fact that Zimmer led by 244 votes before the clerk's office considered absentee ballots and the city's final, 36th district, which the county clerk's office recorded late, throws the absenteesinto particular focus moving forward, acccordingto sources in the Zimmer camp. 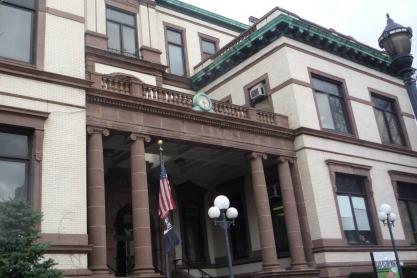