FormerPassaic City CouncilmanMarcellus Jackson received 25 months,a fine of $15,000 and three years of supervised probation for taking cash bribes totaling around $26,000 while serving on the city council.

While a member of the School Board in the fall of 2006, Brown admitted to taking cash payments totaling $13,000 in exchange for trying to land a contract for a dummy insurance contractor – the same FBI-run operation that fooled Jackson and Steele.

As recently as the last municipal election cycle in Passaic, Jackson tried to generate votes in the African-American community for city supervisor Vincent Capuana.

Last year, Jackson stumped for Capuana and made the argument that candidate Alex Blanco was too close to Assemblyman/Council President Gary Schaer (D-Passaic).

Today, hereleased a statement in response to the news about the former councilman.

"Today's sentencing is a reminder of all that the City of Passaic has been through in recent years," said Mayor Blanco. "The sentencing of Councilman Marcellus Jackson places him on a list with our former mayor and other elected officials who betrayed the public trust.

"For too long, a culture of personal benefit has worked its way through City Hall," Blanco added. "This is the culture that I will work with members of our city council and Council President Schaer to rid from Passaic. I remain committed to restoring confidence in our city government. The people of Passaic are hard-working citizens and deserve honest government." 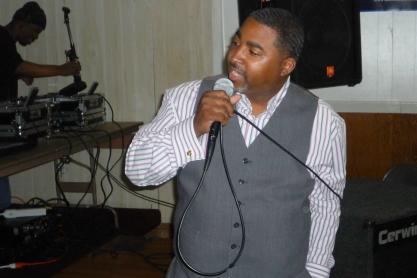