“Congratulations to Senator-elect Franken for today’s courtroom victory affirming his electoral victory," said the chairman of the Democratic Senatorial Campaign Committee. "As we’ve seen over the past 238 days, no matter how many times Norm Coleman goes to court, the result of the election never changes: Al Franken earned more votes than Norm Coleman. Al Franken was elected to the Senate and he ought to be able to get to work for the people of Minnesota.

"We’ve always said that Norm Coleman deserved his day in court, and he got eight months," Menendez said."Now we expect Governor (Tm)Pawlenty to do the right thing, follow the law, and sign the election certificate. From health care to the Supreme Court to getting our economy moving again, the challenges facing us are complex and we need Al Franken in the Senate. In this historic and urgent moment in our history, Minnesotans have gone long enough without full representation. Al Franken will be an critical voice on the issues before us and it’s time to let him get to work.” 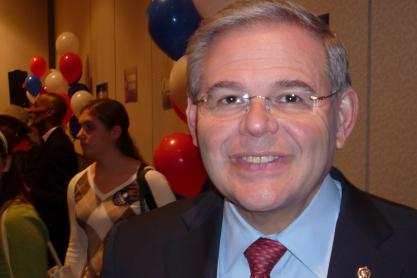