HILLSIDE – It's good news early for the team of mayoral candidate Joe Menza's, who's generating solid numbers in his stronghold.

If At-Large Councilman Jerome Jewell's campaign nurses worry,it's over the weather. If it rains, and rains hard in the after-work hours, they're concerned that the core of their voters might not flood the polls as they've planned.

This is likely a close election. Menza missed by 208 votes in his2005 challenge. He came in second behind Jewell on May 12th to make the runoff, winning 1,167 to Jewell's 1,368.Both sides believe they're now working a universe of about 2,800 to 2,900 likely voters in this election.

Menza has good command of the senior vote in Hillside,but the African-American working class is Jewell's bet, and so he and his campaign workers keep looking up at the sky, trying to discernwhat the cloudsare doing or will do with the passage of time.

They feelChristie's decision to play in Hillside gave themthe ammunition they need to turn Menza into a Republican, a barrage they've laid down with their mail pieces in the closing days of this runofff election.

But John O'Shea, a onetime DeFilippo ally who broke to join forces with Menza, defendsChristie's imprimatur on thecampaign in this overwhelmingly Democratically-affiliated Union County town that laps at the edges of Newark.

On the other side of town, standing in front of the Maple Avenue Fire Station polling place in his base, Jewell, a Newark police detective,says if he's made a mistake in this campaign it's been to give Menza too much publicity by responding to his opponent's broadsides.

He's asked about the contribution of $10,000 from the Democratic Governor's Association (DGA) to his campaign?

Newark Mayor Cory Booker did a robocall for Jewell yesterday. The Jewell campaign is leaning on U.S. Rep. Donald Payne (D-Newark) to place a robocall during the final hours of Election Day.

Knocked out of the mayoral contest on May 12th, former School Board Member Andre Daniels now campaigns for Menza.

"We're all down on our hands and knees," he says, praying for a Menza victory.

Back at Hurden Looker, after another several seniors walks past on their way into the school to vote, Menza says to the person on the other end of his cellphone, "Independence Day, baby."

But it's still early. And the rain appears to be holding for now. 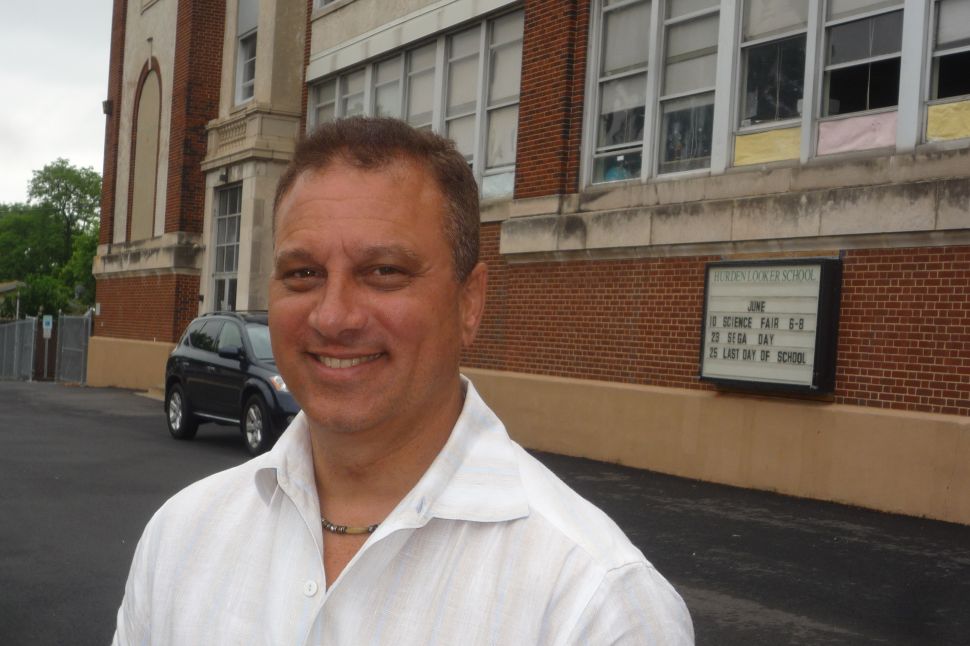