"While Menza's slate didn't win, his victory sent a message to Union County that Union will be a battleground in 2009," said Morin. "We're very proud of the fact that Union County Republicans and Chris Christie were able to assist the Menza campaign in getting him across the finish line in this runoff."

Morin had reached out personally to Menza campaign strategist John O'Shea to see if there was any way in which his organization could assist in Menza's independent battle with Jewell and DeFilippo, who lives in Hillside and serves as the town's municipal Democratic Party chair in addition to her county party duties.

After hearing an affirmative answer from O'Shea,the Menza camp'snext call came from the Christie camp.

"Menza's winin the Union County chairwoman's backyard demonstrates that her grip and her organization's grip in Union County are loosening," Morin said."The message and symbolism of Joe Menza winning against a Democratic machine that included $10,400 from the DGA demonstrates opposition to (DeFillipo's) party politics."

DeFillipo was not available for comment, but Morin said given the closeness of the election (an eight vote Menza win), he is fairly certain there would be a recount. 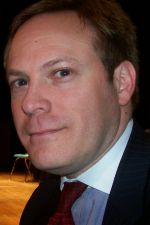