New Jersey housewife Danielle Staub has not ruled out a campaign for Congress against U.S. Rep. Bill Pascrell (D-Paterson) next year, according to her spokesman, Thom Ammirato.

"At this point Ms. Staub is fielding numerous offers and has ruled out nothing. Her advisors will be discussing her future shortly," said Ammirato, a Republican strategist who recently signed on as Staub's official spokesman.

But is the controversial star of Bravo's TV reality show, The Real Housewives of New Jersey a Republican?

"I don't know, but she can become one," said Ammirato. "She would have to of course meet with the approval of (Passaic County GOP) Chairman Scott Rumana to see if she could get the line."

Staub, a 48-year-old mother of two, recently moved from Franklin Lakes to Wayne, which is in Pascrell's district.

According to her Bravo bio, Staub is active in her local parish and attends mass regularly. She has admitted to being arrested 25 years ago, but has denied reports that she was involved in prostitution or in a cocaine ring.

For extreme political junkies: Albert "Tiny" Manzo, the father-in-law of Staub nemesis Caroline Manzo, was a candidate for Mayor of Paterson in 1974. He finished a distant third in a field of five candidates in a race where Lawrence "Pat" Kramer unseated incumbent Thomas Rooney in a runoff. His 1983 murder remains unsolved. Caroline Manzo's husband, who owns The Brownstone in Paterson, was a contributor to Pascrell's campaign. 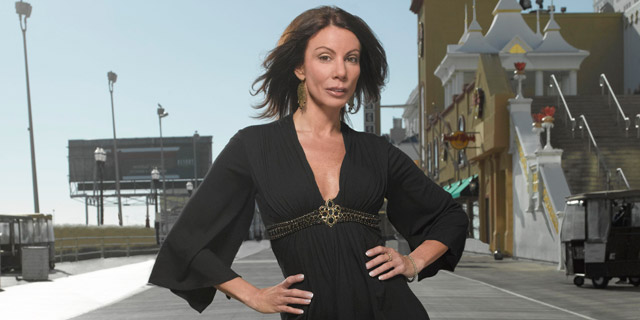