Mentioned early by Gov. Jon Corzine as a potential candidate for lieutenant governor, Trenton Mayor Doug Palmer today said he never received a questionnaire or any invitation from the governor's reps to participate in a vetting process for the job.

The veteranmayor said he would have been interestedif LGcame with a specific description, such as overseeingthe agenda of New Jersey's metro economies.

But "it was never a job that was explained to me in a way that would be something i was interested in," said Palmer. "It wastoo ambiguous as presented,and it's even more abiguous now, and Ilet the powers that be know that. It was never spelled out, and so it'snot something I'm interested in. I would have beenintrigued by ajob of substance, butit doesn't make sense for me toleave my job asCEO of a city for ambiguity."

Even though he won't be on the ticket, the 57-year old Palmer said he intends to work hard to re-elect Corzine.

"Iwill work as hard as if i were lieutenant governor," said the mayor, who believes if the job is laid out substantively that Assembly Majority Leader Bonnie Watson Coleman (D-Ewing) would be a strong LG candidate who could energize the party's African Americanbase.

Some party insiders suggested that the prospective 2013 gubernatorial candidacy of Newark Mayor Cory Booker demolished any LG vibe for Palmer, whoas a statewide presencecould use the office as a launchpad for his own gubernatorial ambitions in four years andimpede Booker from being the sole African-American male in the race.

"Cory Booker is so charismatic, it wouldn't matter who you put in that field for governor," said a South Jersey insider. 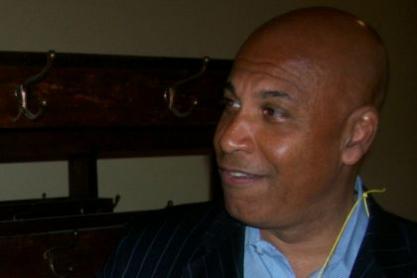