If they're bound for opposing camps in the general election as candidates for lieutenant governor, state Sen. Diane Allen (R-Burlington) and Sen. Loretta Weinberg (D-Teaneck) checkmated each other today with a piece of party reform leglislation approvedby the Assembly Judiciary Committee.

Under the provisions of their bill, municipal clerks would be required to file an official list of committee members with the county clerk within 20 days after a committee's first meeting after the primary. Moreover, the bill requires committee constitutions and procedural guidelines for "removing committee officers who are unwilling or unable to serve in their office," acccording to the Senate Majority Office.

"This bill becomes more important when you realize about 40% of the current legislature was selected by county committee members," said Weinberg. "This bill enhances transparency and integrity in the filling of vacancies for elected officials."

Allen's name continues to circulate as a possible running mate for Republican gubernatorial nominee Chris Christie, while Weinberg is one of two or three names reportedly on Gov. Jon Corzine's LG short list. 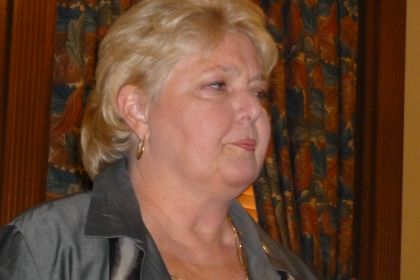