Republican Christopher Christie has a ten point lead in the race for Governor against Democratic incumbent Jon Corzine, whose approvals have reached the worst in his governorship, according to a Quinnipiac University poll released early this morning.

“Don’t count Gov. Jon Corzine out just because he trails by 10 points less than five months before Election Day,” said Clay F. Richards, assistant director of the Quinnipiac University Polling Institute. “But he certainly has his work cut out for him. Most New Jersey voters say he does not deserve re-election; that things have gotten worse since he became Governor and that personally he is cold and businesslike, not warm and friendly.”

Christie leads 56%-32% among independents voters, and is wining 19% of the Democratic vote, according to the survey. He beats Corzine among men (55%-38%) and narrowly among women (46%-43%). After a tough primary, Christie is getting 88% of the Republican vote.

“The numbers on which Corzine must focus are the 19 percent of Democrats who are voting for Chris Christie, Christie’s 24-point edge among independents, and the 44 percent who say the Governor is not honest and trustworthy – a high number for a New Jersey politician who has never faced any serious corruption charge,” Richards explained. “Still the biggest thing Corzine needs is a little improvement of the economy – a factor over which he has almost no control.”

Christie has favorables of 36%-15%, but nearly half the voters (46%) don't know enough about him to form an opinion. Corzine's favorables are upside-down, 35%-53%, including favorables of 26%-61% among independents.

Looking at Christie’s characteristics, voters say:
48%-17% that he has strong leadership qualities;
42%-20% that he is honest and trustworthy;
44%-23% that he cares about their needs and problems;
33%-25% that he is warm and friendly, not cold and businesslike.

Looking at Corzine’s characteristics, voters say:
55%-39% that he has strong leadership qualities;
42%-44% that he is honest and trustworthy.
43%-49% that he cares about their needs and problems;
52%-29% that he is cold and businesslike, not warn and friendly

And by a 50%-44% margin, voters casy that because of his wealth, Corzine is unable to understand average New Jersey residents. 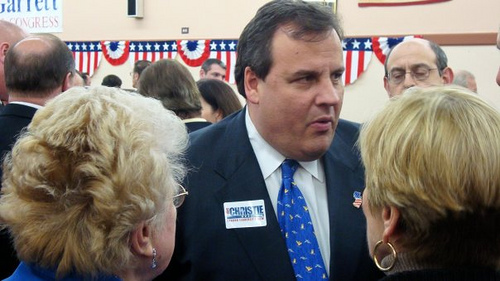