The longtime labor-friendly lawmakernoted his support of the Paid Family Leave Act, which passed in the state Senate despite every Republican exceptBaroni voting"no."

But today he raised a question aimed at the underpinnings of the opposition party when he said, "Barack Obama opposes single-payer healthcare. Is he wrong?"

Laughter filled the chamber as people waited for the answer.

The senator followed up with a "just wondering" questionabout whether Obama's rejection of single-payer healtchcare means he is too conservative on this issue.

A cosponsor ofthis legislation(a two-bill package) aimed at providing healthcare forone million working New Jerseyans who lack coverage, state Sen. Loretta Weinberg (D-Teaneck) said given current costs associated with healthcare, she is convinced a single-payer system would be the most effective reform measure and argued that Obama believes covering people "should be done in some kind of incremental manner."

Baroni objected, arguing that Obama's recent statements on the issue demonstrate that his endgame doesn't include a final leap to universal coverage.

"U.S. Rep John Conyers (D-Michigan) and others have supported universal healthcare long before this President (was in the U.S. Senate)," said Rice. "Rep. Conyersand others have been pushing and driving this legislation for years. The President is going to compromise if he can. Just because we're supporting this as a goal doesn't mean it's going to happen, but we should be clear on this. This bill sends a message. …We're not going to allow the perpetual demise of people because we're doing nothing over philosophical differences."

Rice specifically questioned the depth of effectiveness of a federal, multi-billion stimulus package when many of the people in his district, other urban districts,and in poor, rural districts, lack healthcare. 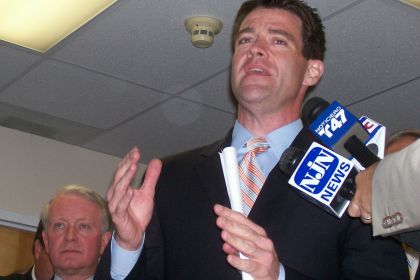