TRENTON – Moments ago, members ofthe state Senate filed back into the chamber here at the Statehouse and are underway again with Senate President Richard Codey(D-Roseland) presiding.

They will soon consider the nearly $29 billion state budget.

In a sign of the first significant public dissent of the day here, state Sen. Steve Oroho (R-Franklin) just stood and expressed hisopposition to theopen space bond question, which already passed in the Assemblyearlier in the evening.

The Assembly passed the $400 million Green Acres, Supply and Floodplain Protection, and Farmland and Historic Preservation Bond Act of 2009 by a vote of 66 to nine with one abstention.

"We are living in unprecedented times, we have double state debt," said Kyrillos, who added that only with a "heavy heart" must he vote against the open space initiative.

But there appears to be no tooth and nail opposition beyond Oroho and Kyrillos and a few others. Not only doesGov. Jon Corzine want this,but open space advocate state Senate Minority Leader Tom Kean (R-Westfield) also supportsthe question.

It passes in the senate: 26 in the affirmative, seven in the negative.

Stiles and his allies worked this one hard.

Tittelfought him,essentially arguing what Kyrillos argued on the floor this evening, which is there is no stable, long-term funding source for open space in this downbeat economy.

From a political standpoint, Corzine hopes an open space question on the ballot will propelenvironmentalists and progressivesto the polls to buttress the governor's base.

Tittel's worried that if voters killopen space in November,they could lose the issue longer term. He also has his own political agenda, as the Sierra Club strongman and the governor are hardly eye to eye – haven't been since former DEP Commissioner Lisa Jacksontransferred up tohead the Obama administration's Environmental Protection Agency (EPA).

With former regional EPA administrator Chris Daggett in the governor's race, Tittel is keeping coy withhis endorsement, leaving open the idea that he could back Daggett over Corzine. 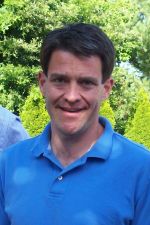