It was a different scenethan it was in Clinton earlier this year whenestablishment Republicans feltlike misfit grunts bucking KP duty as Assemblyman Mike Doherty (R-Washington Twp.) bellowed out a speech fromatop the stage at the middle school.

Stunned when they voted against him and chose Marcia Karrow to succceed the mild-mannered Sen. Leonard Lance (R-Clinton),Dohertystubbornly launched what many assessed as an implausible primary campaign.

This morning at the Republicans' unity breakfast at the Mountainview Chalet in Asbury,Doherty called his win over incumbent statesenator Karrowthe toughest of his decade-long politicalcareer.

"I've been through a lot of tough primaries, but Marcia was the heartiest competitor," said Doherty.

"Politicians are practical," said Doherty, when asked about how he intends to work with a power structure of politicians that lined up behind Karrow to oust him. "We all want to win, but in this game you have to have a short memory. You have to be like the relief pitcher who gives up the winning run one night and then walks back on the field the next night and delivers."

Tuesday night's winner said he has already spoken with the two men who ran and won on Karrow's ticket: Assemblyman John DiMaio (R-Hackettstown) and Hunterdon County Freeholder Erik Peterson. Peterson's poised to move up and occupy the second District 23 Assembly seat in this heavily Republican region.

"I have a commitment of cooperation from those gentlemen," said Doherty. "We are a team."

Doherty's anti-establishment crusade hinged critically on his alliance with gubernatorial candidate Steve Lonegan. "Without Steve, and without my running mates – Ed Smith and Jennifer McClurg – I wouldn't have won, it's as simple as that," Doherty said.

Doherty has outperformed Karrow in past contests, but she began closing the gap in more recent years. This time, shespent significantly more money and mobilizedall of the establishment support inthe 23rdDistrict in her attempt to stave off Doherty.

The challenger said with his traditional and local fundraising channels frozen, he leaned on Lonegan's network of support, whichproved crucial as he fought back with mail pieces to counteract Karrow's aggressive air war.

Inthe end, "The unity breakfast thismorning went about as well as it could," said Doherty, who singled out both Karrow and Hunterdon County Republican Chairman Henry Kuhl for praise.

"Henry was very gracious, and all the peoplein our partyare uniform in our desire tohelp Chris Christie defeat Jon Corzine in November," he said.

"The first words out of Marcia's mouth this morning were an endorsement of Mike Doherty," said Hunterdon County Freeholder William Mennen, who backed Karrow in the primary.

Kuhl knew it was an especially bitter contest.

"I think there were too many phone calls placed by both the gubernatorial and senate candidates and that turned people off to the point where they didn't vote," Kuhl said.

One Karrow mailer in particular criticizing Doherty for advocating "surrender in Iraq,"provoked outraged blowback from Doherty, a West Point graduate and retired Army captain with three sons in the military.

"I'm not going to comment on whose mailers were mistakes," said Kuhl. "In everyone's opinion, there were entirely too many calls and mailers. If you didn't get four mailers a day, you might have feltneglected. It was entirely too much. We received complaints about the obsene amount of phone calls."

"Doherty has always been a strong performer in that district, Steve Lonegan won those two counties, which helped him, and I think Marcia Karrow's mailer went too far," Murray said. "I'm not sure that Doherty needed to respond to everything the Karrow campaign was putting out there. I think he had a strong edge going in based on past performance, but the Karrow misstep with the mailer didn't hurt."

Relentlesslycounter attacking, Doherty described another Karrow mail piece landing last Friday highlighting her endorsement by the National Rifle Association. That same day, Doherty had a mailer produced showcasing his own pro-gun record and A+ rating from the same organization, stamped the mailers with a skeleton crew into the early morning hours of Saturday, and rushed them to the post office for distribution to 7,000 households.

"I felt we were surging, I felt we were ahead, although I do think she was coming on strong in the closing days," Doherty said. "Election Night was a torture session. After Hunterdon County was counted, we were up by 532 votes and Warren still wasn't counted. Then the Warren results started coming in, and with 17% counted, Marcia was leading by 86 votes. I was still up distritwide, but I didn’t like the trend.”

With Hackettstown and Phillipsburg left to be counted late into the night, Doherty led Karrow by 400 votes, and he would go on to finally win by 989.

"I hung out at the County Courthouse while the results came in," said Doherty. "Then we went to the Good Times restaurant in Oxford,where I've always won. The restaurant was closed down but I made the owner open it back up for the mojo factor. I'm a creature of habit." 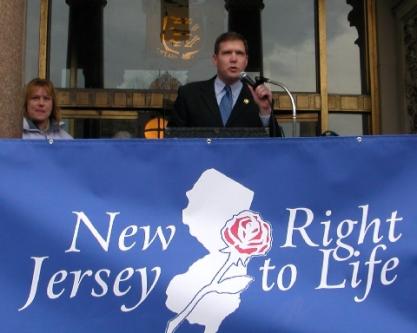