Watching the mass impulse toward democracy in Iran over the past week has been alternately inspiring and terrifying. The power and clumsiness of the state never fails to scare me and the courage and intensity of the public in the street continues to inspire.  Something is different about political participation in these early years of the 21st century. In part, we are seeing the impact of technology on political processes.

The power of mass images is not a new thing. In the 1960’s and onward, images of wealth in the west eventually exposed the weakness of the communist regime running the old Soviet bloc. There is the story, perhaps apocryphal; of Nikita Khrushchev narrating a film of Harlem in the 1960’s to demonstrate poverty in America. Instead, his poor, beleaguered constituents focused on the nylons hanging on backyard clothes lines and the number of fine autos in the street, and saw wealth rather than poverty.  Then there was that famous video of the “tank guy” darting to and fro in Tiananmen Square twenty years ago, literally placing his body in the path of the machine of state.  The transformative power of the mass media has changed governance and made it more difficult for the state to wall off the outside world.
In the past two years, we’ve seen the transformative impact of the internet and cellular technology. Instead of a handful of news photographers hiding to capture images at Tiananmen Square, we now see millions of people in the street, cell phones in hand, taking increasingly high quality videos and photos of state oppression. Every day the pictures from Iran appear in graphic detail on our screens. In the book 1984, George Orwell prophesized that Big Brother would watch over us. Now, it looks like we get to watch over Big Brother too. The benefit of a world with no privacy may very well be a world with no secrecy.

There are now four billion cell phones in use throughout the world, and many of them can capture and transmit images. When coupled with social networking websites, they make millions of people both producers and consumers of information. While the information on the web is difficult to verify and easy to manipulate, it is a fact of modern political life.

In the Obama presidential campaign here in the United States we saw another example of the transformative impact of the World Wide Web. According to the Washington Post’s Jose Antonio Vargas:
“…3 million donors made a total of 6.5 million donations online adding up to more than $500 million. Of those 6.5 million donations, 6 million were in increments of $100 or less. The average online donation was $80, and the average Obama donor gave more than once.”

The mobilization of the public through the web has managed to overcome the anti-democratic impact of money in our electoral system. When the United States Supreme Court ruled that political campaign contributions were a form of speech that could not be limited, our ability to regulate the role of money in politics was effectively ended. The use of the web to raise campaign cash first came to prominence during Howard Dean’s presidential campaign and was raised to an art form during the Obama campaign. The impact of the web on political fundraising is the most significant change in political campaigning since JFK beat Nixon in their first TV debate back in 1960.

The impact of technology on political communication is not a new phenomenon. Obama, like Jack Kennedy before him, managed to master a new technology before any other politician. FDR set the pattern when he learned to use the radio to communicate directly with the public during his fireside chats throughout the Depression and World War II.

The internet and cell phones add a new dimension to political technology; they are interactive media. In addition to the images presented on the web, the internet allows people to quickly spread ideas, information and organize political protest. Information comes to the public and from the public as well.  Efforts to jam and shut down these technologies are nearly always overcome by hackers and clever political organizers. In the case of Iran, no one can predict the future or even the immediate outcome of this conflict.  But something is changing in politics.  Perhaps it is as President Obama remarked recently, quoting  Dr. King:
“The arc of the moral universe is long, but it bends toward justice’ “I believe that. The international community believes that. And right now, we are bearing witness to the Iranian people’s belief in that truth, and we will continue to bear witness.”

Bearing witness may not be enough, but it’s a start. 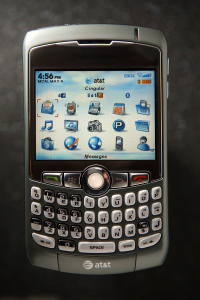