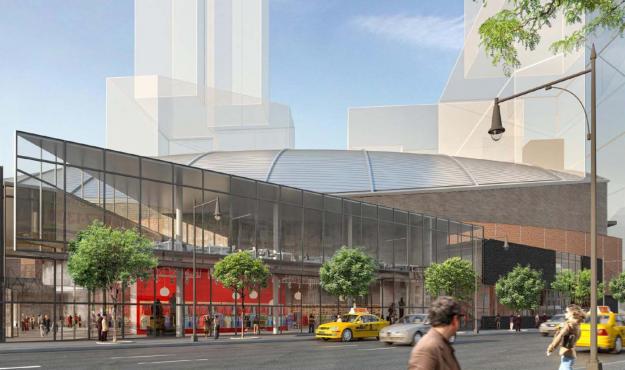 Two and a half years after receiving the go-ahead to build a $4 billion complex of apartments and a Nets basketball arena, developer Forest City Ratner is back with a modified plan, trying, once again, to wrap up approvals and to get financing for the project.

The plan has been heavily battered by the recession and rising costs: Star architect Frank Gehry was once promised and relentlessly advertised as designer of the whole project, including the arena—now he’s out, on account of costs. Payments to the public sector—in the form of cash up front and a new rail yard for the M.T.A., have been delayed and curtailed, respectively. The housing is slated to start after the arena starts. And the total price tag now is estimated in state documents at about $4.9 billion, up from $4 billion.

Tuesday, the state released some early renderings of the new, trimmed down and less attractive arena by arena architect Ellerbe Becket (The Times architecture critic called it a “stunning bait-and-switch”). 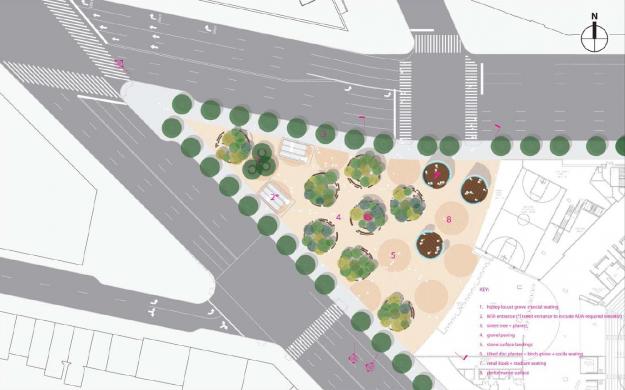 Here's a look at the new plans for the northwest corner of the whole project, an entry point for the arena, complete with a honey locust grove. The ESDC documents note that the design is done by Field Operations, the hot firm led by James Corner that did much of the High Line design.

A Forest City spokesman, Joe DePlasco, said that Laurie Olin, the landscape designer that was used prior to--and after--the approvals process, had done the master plan. "We are using Field Operations to look at the interim space on the arena block," though he did not elaborate on Forest City's future plans with respect to Mr. Olin. 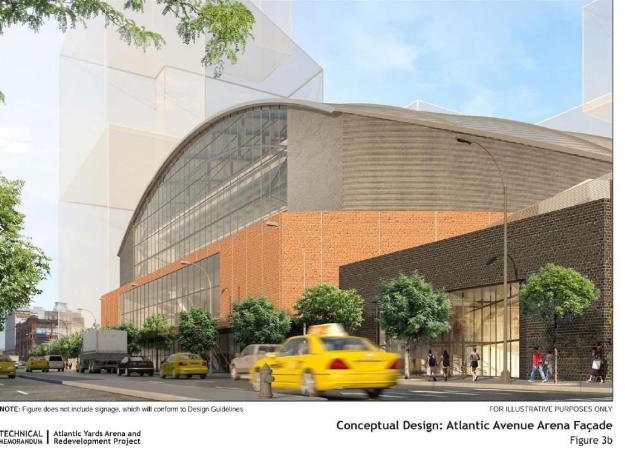 Another view of the arena, looking east along Atlantic Avenue. The total cost of the building, according to the Empire State Development Corporation, is $772 million (not included in that is $417 million for acquisitions across the entire 22-acre site). The 16 other planned buildings, mostly residential, are not pictured. Surprisingly, the state still calls for the whole project to be built out over the next 10 years, despite multiple previous statements by the ESDC's top official that the project would take "decades." 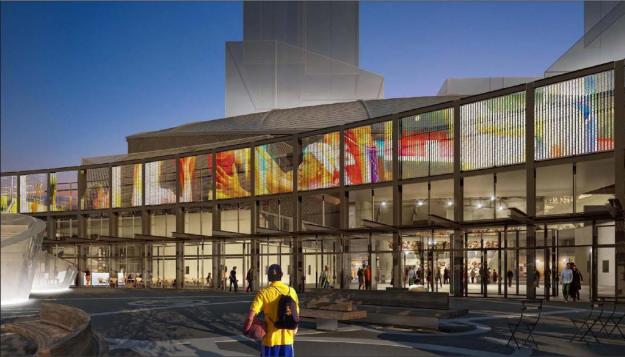 A view of the arena at night. The master plan called for a commercial building in this space, but Forest City said it cannot proceed until it has a tenant for that building. 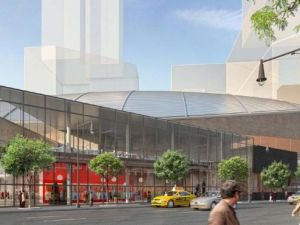 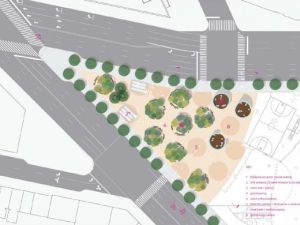 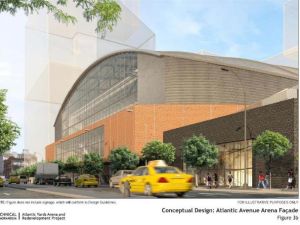 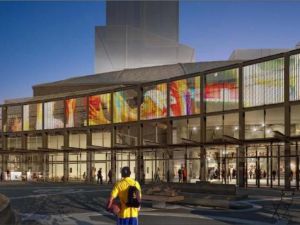