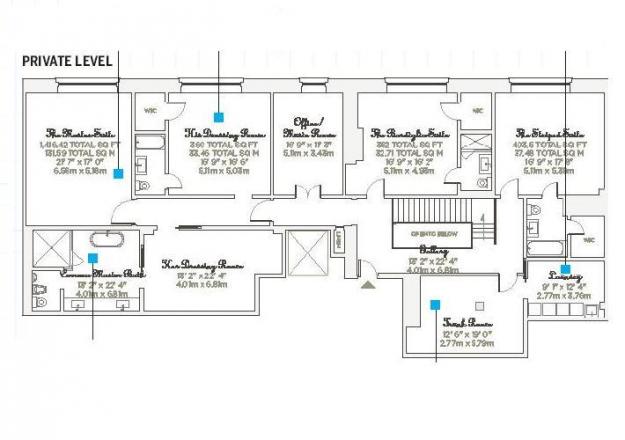 The 157 Hudson Street apartment #1C does not call itself #1C. It is The Marble House. And the apartment, a 9,200-square-foot triplex in a 143-year-old Tribeca building, does not have a mere floor plan. It has a majestically magniloquent 27-page marketing booklet, which shouldn’t even be called a booklet. It is a peacock. We’re shown the apartment’s Social Level (not pictured below, but the Grand Entrance Foyer has a remote-control chandelier lift; the Chef’s Kitchen can fit 35 people working “comfortably”; the Butler’s Pantry is wired for an espresso machine; and the Grand Hall is 59 feet long); the Private Level (floor plans show three potential configurations); and the Club Level (where the pool is called the Quarry Room and the theater is spelled “theatre”). But why are the triplex’s Valencia Suite, Bardiglio Suite and Carrara Bath thus named? Because of the marble that built them. (The Carrara is heated, just like the yellow pine in the Yellow Pine Room.) Developer Stuart Parr, who co-manages Eminem’s film career, has listed the place for $24.5 million with Corcoran. — By Max Abelson 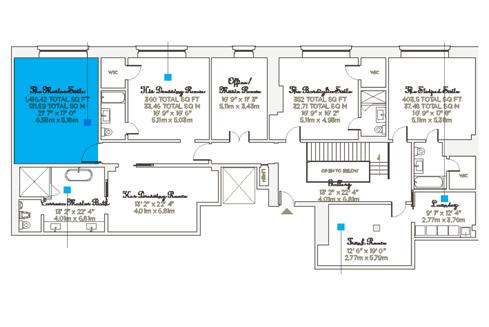 Depending on your configuration, the master suite comes with either 1,006 or 1,416.42 square feet. Either way, you’ll be walking on something called quartersawn oak in a bordered chevron pattern. 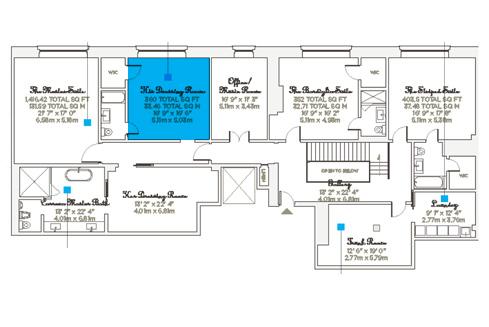 In another configuration, this is known as the Valencia Suite—a bedroom with its own walk-in closet and bathroom. Here it’s His Dressing Room, not to be confused with Her Dressing Room across the hall. 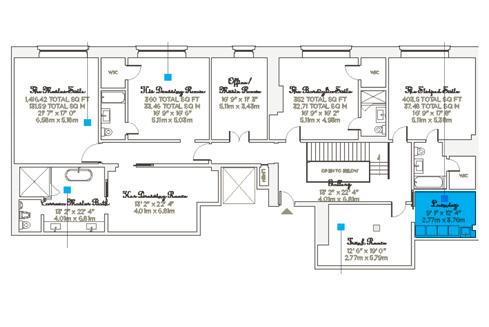 Mr. Parr writes in his booklet that the laundry’s vintage 1930s sink was “built when laundering was an art.” What a guy.
Advertisement 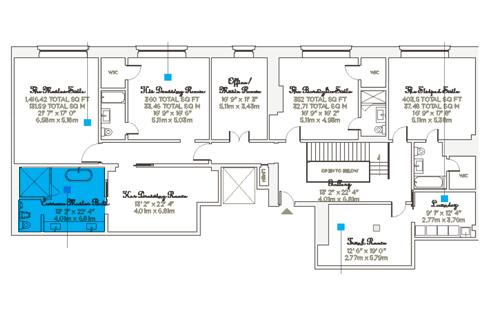 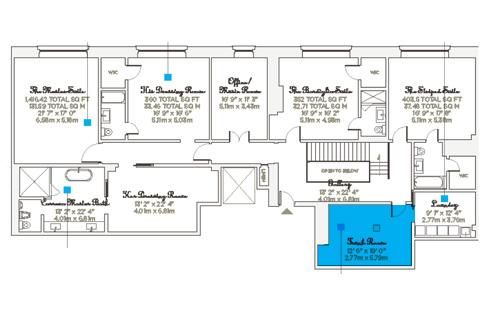 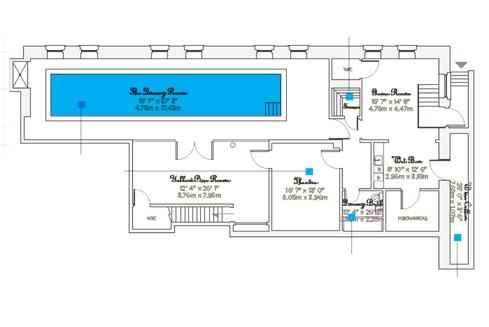 The 45-foot-long pool and the room’s marble floors are both heated. Plus, for some reason, the pool’s drainage slot is laser-cut.
Advertisement 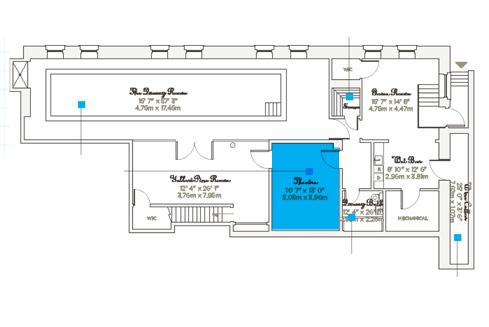 Sadly, the audio rack is all the way outside the 12-person theatre. 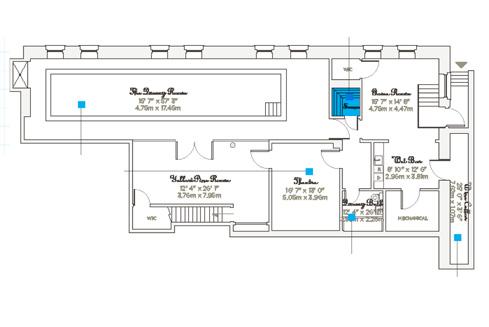 The red-cedar sauna is only a quick jaunt from the game room and wet bar. 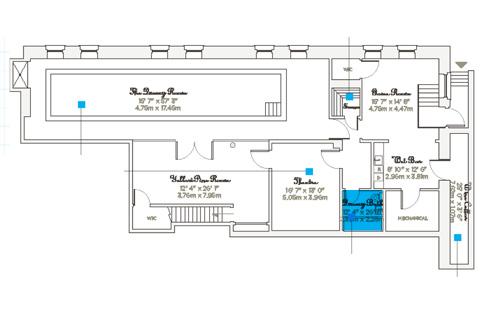 Even though the quarry room has its own recessed shower (“with a shampoo and soap holder carved from one piece of marble”), there’s a separate bathroom with an 8-foot Japanese soaking tub.
Advertisement 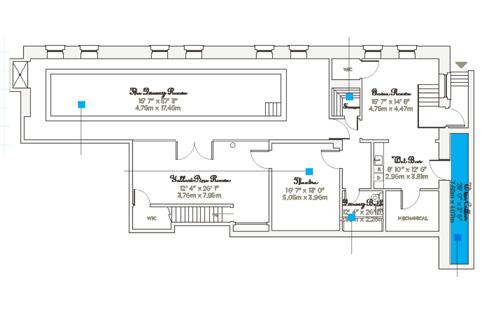 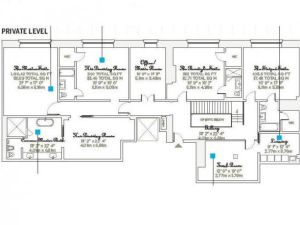 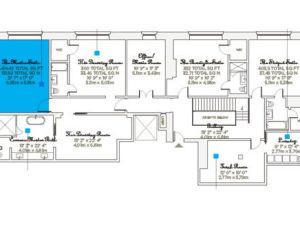 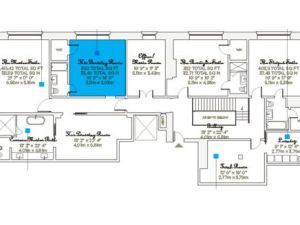 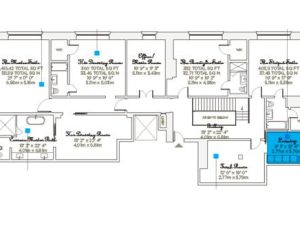 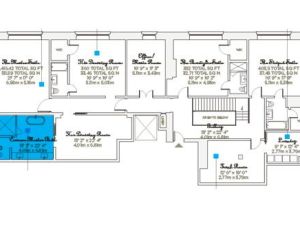 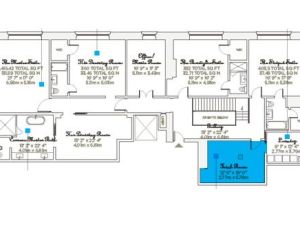 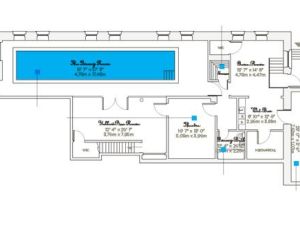 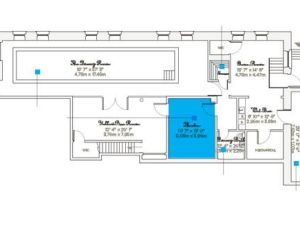 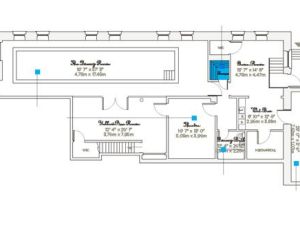 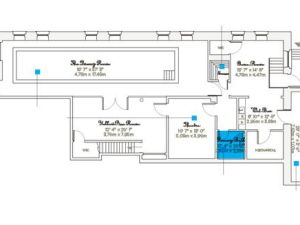 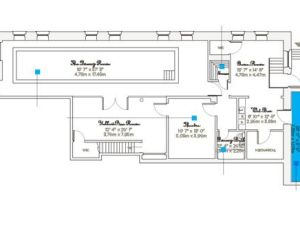