Cape May County Republican Chairman David Von Savage said today that he does not agree with U.S. Rep. Frank LoBiondo's (R-Vineland) vote on cap-and-trade, but that conservative political consultant Rick Shaftan is “taking advantage of a highly volatile situation” by helping candidates take up primary challenges against three Republican congressmen who voted for cap-and-trade legislation on Friday.

“I think Rick Shaftan is reckless," said Von Savage. I understand Rick is a vendor, and therefore looking for willing accomplices to advance his financial endgame.”

Von Savage, whose county is entirely represented by LoBiondo, said that he does not agree with the his congressman's vote. Instead, he favors tax incentives for alternative energy development and over “punitive levels of taxation” to wean the United States off foreign fossil fuels.

“While there are issues regarding the Congressman’s vote with conservatives in the party, I think it’s irresponsible for Shaftan to be sticking his nose down this way,” he said. “Respectfully, what he ought to do is consider relocating to the south and utilizing his approach to campaigning south of the Mason-Dixon Line.”

Shaftan had a come back for that line.

Von Savage is considered one of the state’s most conservative county chairs, though he takes issue with the characterization’s implication that his views are out of the mainstream.

Shaftan, who ran Republican gubernatorial candidate Steve Lonegan’s campaign this year, anticipated that miffed Republicans would accuse him of trying to profit from the conservative outrage by luring in clients. He said that he has plenty of political work lined up down south, and that he would have to pick convenience over profit to run campaigns in his home state.

“It’s a lot easier to do them in New Jersey than Texas. A lot more money in Texas though,” he said. “There’s lots of work out there. For Lonegan I had to give up a lot of work – all my Virginia work.”

Shaftan said that he was not recruiting candidates, but that outraged conservatives were coming to him.

“The ‘Three Taxateers’ here — LoBiondo, Smith and Lance — are the poster children for primaries,” said Lonegan, who is currently Senior Policy Director of the anti-tax advocacy group Americans for Prosperity.

“This is an anti-American bill. It’s designed to drive industry and businesses out of this country. There should be a concerted, all out effort to recruit the best candidates, raise money for them and hold them accountable.” 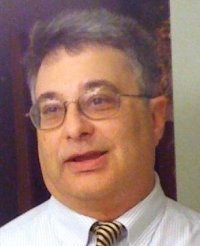