But the backdrop from Corruption Thursday, in which 29 out of 30 mostly Hudosn County political operatives wore a "D" under their streetclothes and not an "R," still dominated the former U.S. Attorney's hallway encounter with reporters.

Democrats throughout Christie's tenure as New Jersey's top cop complained that he was a political animal, a Bush appointee whooccasionally speared a Republican, but mostly feasted on Democrats in compiling his sterling arrest record – the trampoline for his gubernatorial bid, which most political insiders say received added spring with last week's massive federal corruption takedown.

But he was clear topoint that these casesget started and resolved beyond simply the directive of one agency's top dog.

"This part of the investigation started during my tenure," he said. "But I wouldn't have any idea about the degree to which this (current)U.S. Attorney was directing things. You'd have toask (Acting U.S. Attorney) Ralph Marra. Remember, it's a collaborative effort. You are talking about three agenciesconducting criminal investigations, which have to reach consensus."

Many Democrats bristlewhen consideringthe U.S. Attorney's Office's 2006subpoena dump on U.S. Sen. Robert Menendez (D-Hoboken) in the middle of Menendez's ultimately succesful run against state Sen. Tom Kean, Jr. (R-Westfield), which they say had to have come straight from Christie.

In that vein, U.S. Rep. Bill Pascrell (D-Paterson) has called on the office to crumple up the subpoenathree years after the fact and toofficially clear Menendez's name.

Answering the charge that as U.S. Attorney he prosecuted cases based on political affiliations, Christie, whoall along has maintained that that chargeisbogus,said of the processes governing federal prosecutions of corruption, "Many of the decisions were made by peoplebeneath me. The decisions don't come up tothe U.S. Attorney's level. When I was U.S. Attorney, it was very much a collaborative process. Everyone has a stake.

Asked if he was ever part of an investigation in which a target turned down a bribe, Christie said agents and confidential witnessnes don't just indiscriminately offer envelopes of cash to politicians.

In his half hour presentation to students, Christie urged his audence to register to vote.

Given a show of hands, most of them were already registered. But to those who are not, "What I care most about is that you register to vote," Christie said. "Even if you say, 'This guy's not my cup of tea,' people all too often take for granted the privilege of voting. You're not at the end of a loaded gun in this country. You get to go and decide." 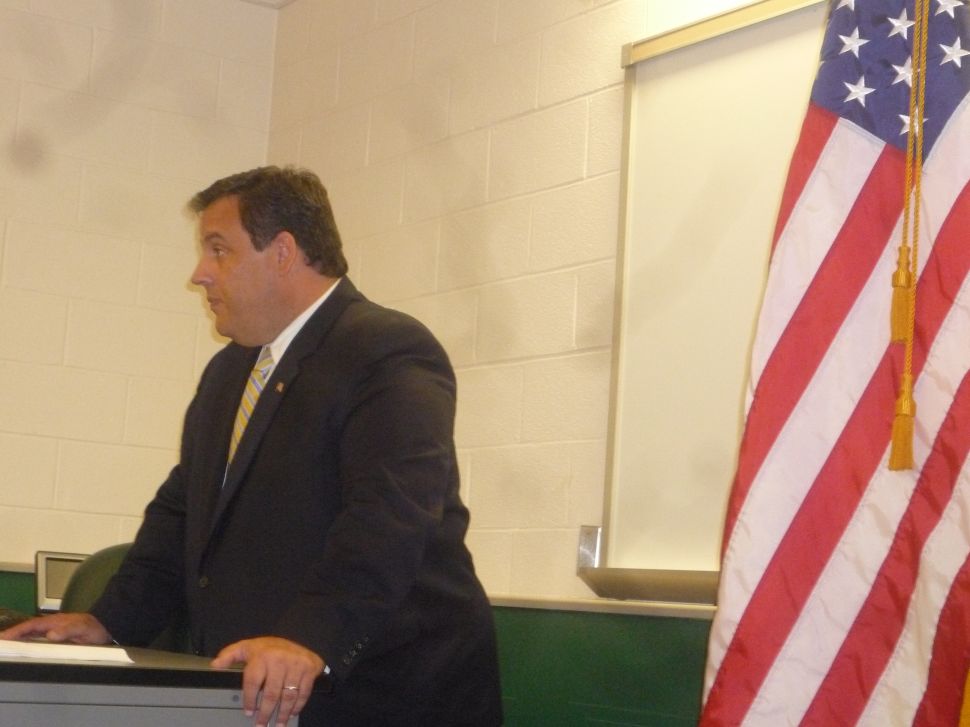