Corzine appears to be having a hard time finding an LG candidate who will satisfy the multitude of factions within the New Jersey Democratic Party. Two State Senators under consideration, Barbara Buono (D-Metuchen) and Loretta Weinberg (D-Teaneck), have substantial intra-party opposition. Corzine, sources say, has been actively shopping for a Black LG candidate. He was reportedly turned down – several times – by his first choice, Newark Mayor Cory Booker. Other potential candidates, including Assembly Majority Leader Bonnie Watson Coleman (D-Ewing) and Trenton Mayor Douglas Palmer, were apparently non-starters. Trial balloons for Montclair State University President Susan Cole and New Jersey Chamber of Commerce President Joan Verplanck did not go well. Corzine emissaries even approached former State Sen. Joseph Charles (D-Jersey City), who said he was not interested and hoped to remain as a Superior Court Judge.

While it appeared yesterday that the Pinkett nomination is nearly done, it now looks as though Corzine is having second thoughts. Since the Governor will not announce his pick before President Barack Obama campaigns for him in Holmdel tomorrow, it is looking more likely that Corzine will take at least another week to choose a running mate.

Way would become the first African American to run on a major party ticket for statewide office, and the first woman to run on a Democratic ticket since Thelma Parkinson was nominated for U.S. Senate in 1930. A 37-year-old attorney and former college professor, Way was appointed to fill a vacancy on the Passaic County Board of Freeholders in 2006. She won a three-year term later that year, and is currently seeking re-election. Way would have to give up her Freeholder seat to run for Lt. Governor.

A Bronx native whose father was a New York City bus driver, Way is a graduate of Brown University and the University of Virginia Law School. She worked as a production assistant for CourtTV, and spent four years as an English Professor at Fairleigh Dickinson University. She also serves on the New Jersey Highlands Council. She lives in Wayne with her husband, who is now the Giants' Director of Player Development, and her three young children. 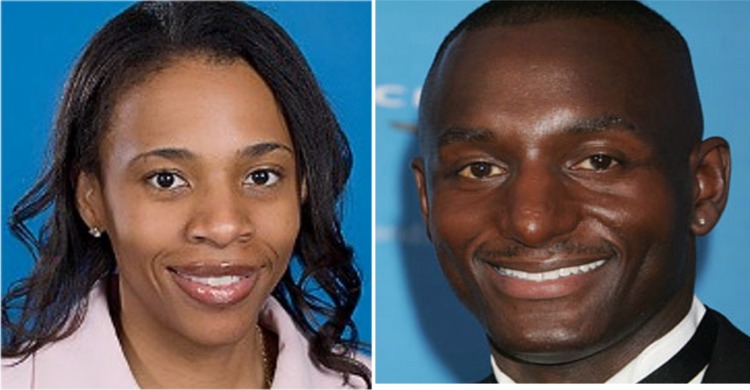