Bateman's biggest beef with Smith is on the issue cap and trade.

"Let's let the free market do its job," said the prospective challenger, the former deputy mayor of Holmdel whose home has been on the market for six months, who says he wants to move into the 4th Congressional District.

AlthoughRepublican Mayor Michael Halfacre of Fair Havenearlier this month announced his decision to challenge Holt in the 12th, Bateman said he has not ruled out a primary fight and may yet keep the Hopewell rocket scientist in his sights.

"I'm looking at both," he said of the 4th and 12th districts. "Certainly Mayor Halfacre's presence in the race has no impact on my decision. I have the grassroots infrastructure in the 12th. I've got a good base with which to begin."

Should he make the move to the 4th andprimary the Republican congressman, he anticipates the denunciations of those

Smith fans who will immediately brand him as a carpetbagger.

"Constitutionally, you need to live in the state," argues Bateman, whose allies charge that Smith, a congressman for three decades, has all but abandoned his home base in Hamilton for the life of a Washington insider.

"When you've in a Washington job for that long you become part of the problem," said Bateman. "I'm offering the district someone fresh with fire in the belly. I believe Chris Smith has lost touch with Republican conservative issues. I'm pro-life and I will fight on that issue as vigorously as he has, but what's at stake in this election is not should we have healthcare orhow else government can help us out. It's about standing up to President Obama and Nancy Pelosi, who want to make jobs by spending. "

Bateman anticipates making a final decision within the next two weeks.

"I'd say I'm just about imminent," said the prospective candidate. "Certainly I wouldn't be spending this much time if I weren't seriously considering it." 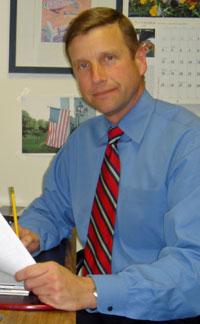