HOBOKEN – The top vote-getter in this year's council race, freshman Councilman Ravi Bhalla said he believes it's time for Mayor Pete Cammarano, arrestedtodayby the fedsand charged with extortion, to take a knee for the good of the city.

"These are very serious charges," said Bhalla, a defense attorney by profession. "The charges that have been leveled against him would seriously impede his ability to govern effectively. In Hoboken's best interest, he should resign without further delay."

Bhalla wouldn't talk about a prospective mayoral election ina mile square city that justweathered two of them:one with a wide open field in May followed by a runoff in June.

"It's premature to speculateon future elections," said the councilman. "This just happened this morning. The mayor's resignation would have to be a pre-requisite for any discussion along those lines." 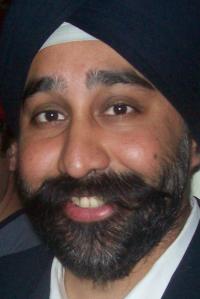