Peter Cammarano III is expected to announce his resignation as Mayor of Hoboken tomorrow, sources say. His resignation comes one day short of a month after taking the oath of office, and eight days after he was arrested on federal corruption charges.

Council President Dawn Zimmer, who lost a June 10 runoff to Cammarano by 161 votes, will become the Acting Mayor. A special election will be held in November to fill the remainder of Cammarano's term.

The 32-year-old Cammarano, a protege of Democratic superlawyer Angelo Genova, was viewed as a rising star in New Jersey politics. According to a criminal complaints, Cammarano is accused of accepting cash payments in $5,000 increments from a man he thought was a developer looking for a pay-to-play connection in Hoboken.

Click here to read Max Pizarro's story, ‘The Rise and Fall of Peter Cammarano', in the New York Observer. 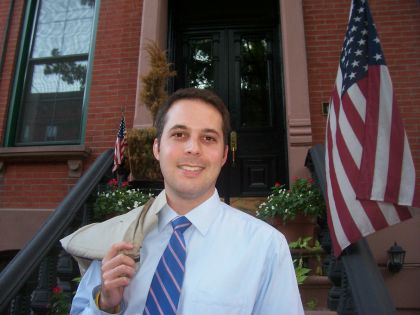