HOBOKEN – The Cammarano Christmas Card pictures Clerk Jimmy Farina had taped to the file cabinets in his office were gone.

Instead, Farina had in his possession a letter from Mayor Peter Cammarano, charged last Thursday with taking cash bribes.

"Dear Mr. Farina," the letter read, "I hereby resign my position as Mayor of the City of Hoboken, effective 12 noon on this date.

"It had been my hope and expectation that I could remain in office andperform my official duties until I had the opportunity to resolve the legal chagres against me in court. Regrettably, it has turned out that the controversy surrounding the charges against me has become a distraction to me and an impediment to the functioning of Hoboken government. The controversy has also been a terrible burden on my family. Accordingly, it is in the best interest of the City and all concerned for me to resign.

"I apologize to the residents of Hoboken for the disruption and disappointment this case has caused. However, I would like to reiterate that I am innocent of any criminal charges and I intend to fight the allegations against me."

Farina walked into council chambers, where Council President Dawn Zimmeris scheduled to be sworn in at noon.

"How are you doing, Jimmy?"

"Idid better when I worked on the waterfront," said Farina."I lasted three days, but all my family were longshoremen, and they were all retired by the time they were 40." 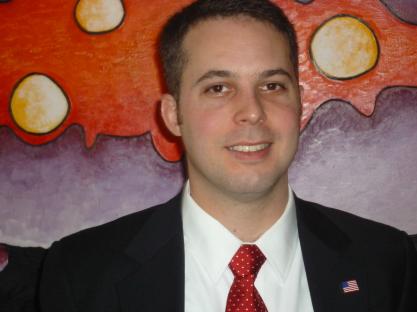