Former U.S. Secretary of Homeland Security Michael Chertoff generally stays away from the political realm, but he made an exception today to praise newly minted lieutenant governor candidate Kim Guadagno.

Guadagno's time working as an assistant U.S. Attorney in New Jersey overlapped with Chertoff's leadership of the office in the early 1990s.

“I generally stay out of political commentary, but I will tell you that she was an outstanding public servant and prosecutor. She worked on some really high profile and significant cases. Great judgment, lots of integrity and very smart,” he said in a phone interview with PolitickerNJ.com.

Chertoff served as a U.S. Appeals Court Judge and as Assistant U.S. Attorney General before President Bush appointed him to head the Department of Homeland Security in 2005. The Union County native now practices law in Washington. 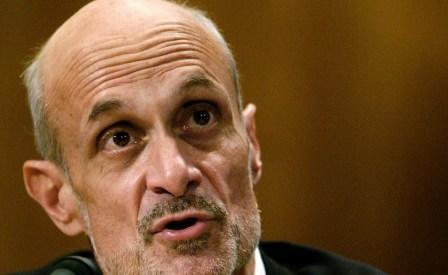