GOP gubernatorial candidate Christopher Christie today picked Kimberly McFadden Guadagno, the Monmouth County Sheriff and a former federal prosecutor, to run on his ticket for Lt. Governor, Christie made his announcement on social networking sites like Facebook, Twitter and YouTube.

Christie and Guadagno willmake a formal announcement today in Asbury Park, followed by a stop at The Reo Diner in Woodbridge. They will finish the day with a meet and greet at the home of Tana Raymond, a Democratic Councilwoman from Garfield who endorsed Christie last week.

Guadagno, 50, was elected Sheriff in 2007 after holding municipal office in Monmouth Beach, both as a Commissioner and as a 15-year member of the Board of Adjustment. She also spent fifteen years as an Assistant U.S. Attorney, working in both New Jersey and Brooklyn. Guadagno prosecuted high profile defendants like Essex County Executive Thomas D'Alessio in 1994 and Somerset County Prosecutor Nicholas Bissell in 1995. Later, she served in state government as the Assistant Director of Criminal Justice at the New Jersey Department of Law and Public Safety.

Born in Waterloo, Iowa, Guadagno attended Ursinus College and American University Law School, and later worked as a law professor at Rutgers University. Her husband, Michael Guadagno, is also a former Assistant U.S. Attorney who was named Superior Court Judge in 2006. They have three children between the ages of 8 and 16. 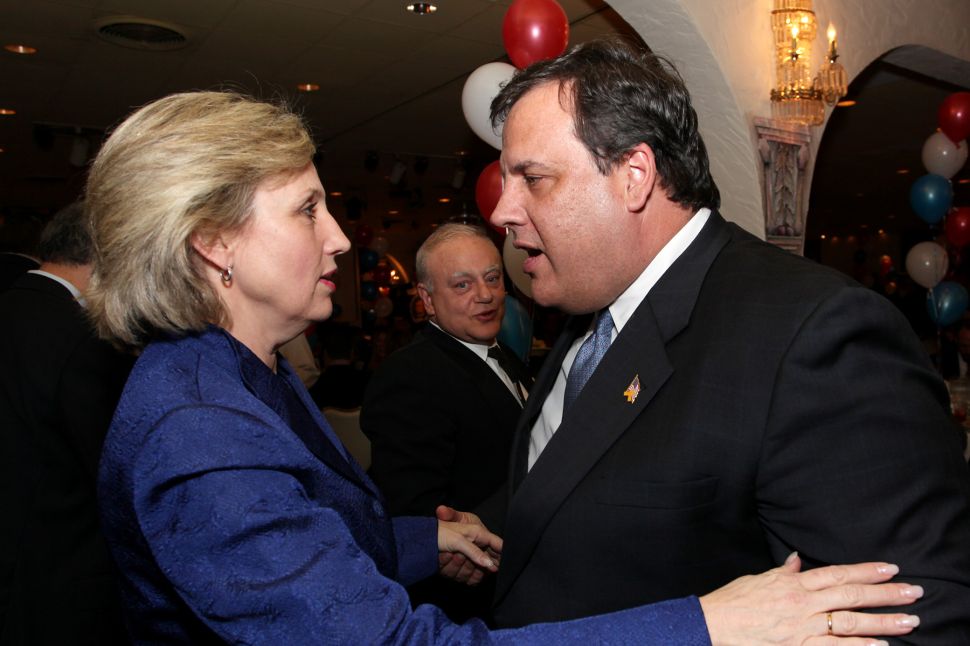