“I believe it was entirely appropriate that Peter Cammarano submit his resignation as mayor of Hoboken, and with Dawn Zimmer taking the oath of office today, the city of Hoboken can now get back to the business of governing in the best interest of its citizens," said Corzine, who personally intervened yesterday with an amplified request for Cammarano to stand down.

“We have been calling for this action since last week, and will continue to call for the resignation of any elected officials under scrutiny for public corruption," added Corzine. "It would be impossible for any individual under this cloud to govern effectively, and it is their responsibility to act in the best interest of New Jersey’s citizens and step aside.

“We need public servants of the strongest character in leadership positions, and based on our conversation earlier today, I believe Mayor Zimmer is motivated to do the right thing for the residents of Hoboken. I look forward to working with her toward our mutual goals of making New Jersey an even better place for our citizens and their families.” 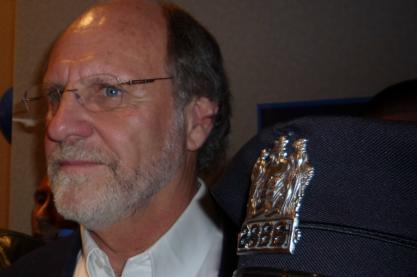