As Marlboro Councilman Jeffrey Cantor readies for redeployment to the Middle East, two of his Republican challengers say he can’t simultaneously serve as a soldier overseas and fulfill his duties as a member of the council.

“My brother is on the frontlines of Iraq fighting for us, but it doesn’t mean you can spread yourself in two places,” said Sezika Josiah Gore, an attorney who yesterday attended GOP gubernatorial candidate Chris Christie’s LG rollout of Monmouth County Sheriff Kim Guadagno with her running mate, Carol Mazzola.

“When you’re an elected official, you have to be able to participate on a daily basis,” added Gore. “We can’t have someone who’s not physically present.”

Hornik told Sukel that he wants Cantor to remain on the November ballot, and – to the best of his ability – fulfill his council duties electronically and otherwise while in Afghanistan.

But Gore and Mazzola said it won’t work for the people of Marlboro.

“In his absence, if a vote is needed, who votes in his place?” wondered Mazzola, a realtor.

Cantor answered that question in a phone conversation with PolitickerNJ.com.

“In my letter to the chairman, I told him, if they want me to step down, I’ll step down, but the mayor said there’s no one they’d rather run than me,” said Cantor. “While I’m deployed, they will put someone in my place on the council.” 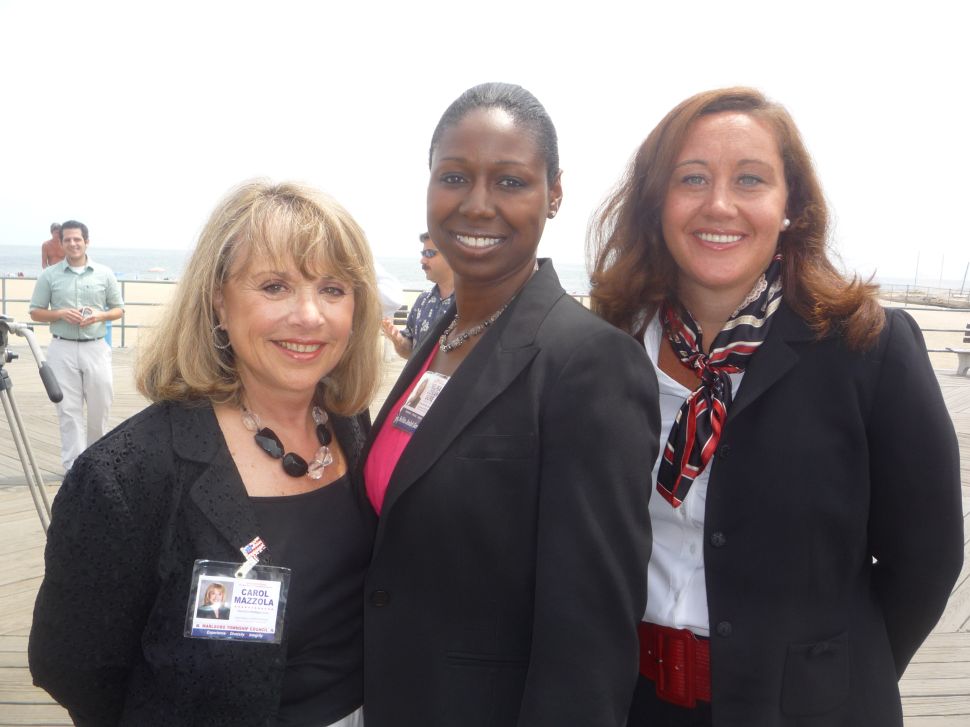