While Hoboken by virtue of name ID and status inevitablydrains a lot of attention in the wake of last Thursday, harder-to-find Ridgefield in Bergen Countyis now goingthrough its own anti-corruption contortions.

In anticipation of a stampede of angryresidents at tonight's regularly scheduled council meeting, Council President Nick Lonzisero has called for extra chairs and more cops at the community center.

Mayor Anthony R.Suarez was one of 44 people arrested in a federal corruption bust last week.

The feds chargedSuarez, now in the middle of his second term,with taking $10,000 in cash payments from a confidential witness posing as a developer.

A Republican in charge of a council that is controlled by the GOP by a 4-2 marginand alongshot candidate for the Assembly in the 38th Legislative District,Lonzisero and the majority tonight intend to formally ask Suarez to stand down.

If Suarez were to comply, Lonzisero would become acting mayor of Ridgefield.

"Ijust dealwith him on a professional basis," the council president told PolitickerNJ.com. "Usually he's very uncooperative. No,I haven't spoken to him since this happened. Iwas surprised and shocked. The complaint sounded like a scriptstraight out of 'TheSopranos.'"

Suarez and Lonzisero have tangled over big things like policy – and seemingly little things, such as scheduling the mayor and council reorganization meeting two years ago, when the mayor insisted on holding whatthe council president described as Suarez's own swearing-in ceremony with U.S. Sen. Bob Menendez (D-Hoboken).

They ended up having two different ceremonies: one for the council and one for the mayor.

"I couldn't make his – I was out of town," Lonzisero said.

Whether or not Suarez is in town tonight, the council president said a lot of others will be – and he doesn't expect them to stand on ceremony. 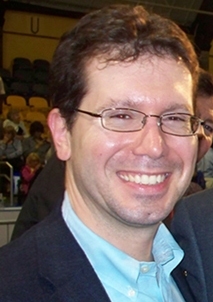