“I spent 9 years as the Mayor of Scotch Plains and the thought of any elected official accepting a bribe makes me sick," said Marks."Linda Stender should immediately return the almost $4,000 in campaign contributions she received from Mayor Peter Cammarano and the Manzo brothers. These men are alleged to have accepted cash bribes in an attempt to peddle their political influence, and that should have no place here in the 22nd District."

“The people of New Jersey deserve better and the people of the 22nd should know that their Assemblywoman would not want campaign funds from men of this nature,” added Vastine. “While we can all say we are happy that the corrupt Hudson County Democrat political machine took a major hit last week, we should also know that they are not funding campaigns here in the 22nd District. Linda Stender should take the $3,930 in dirty money she received from these men and give it to charity. The fact that she hasn’t already done so speaks volumes about what Linda Stender is willing to do to continue being elected.”

Beaten by U.S. Rep. Leonard Lance (R-Clinton) last year after running a closer racetwo years earlier in the Republican leaning district, Stender is pursuing her fifth term as an assemblywoman. 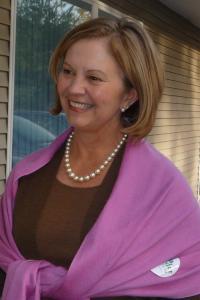