Democratic sources say that Gov. Jon Corzine has not made a final decision on a running mate, but that State Sen. Barbara Buono (D-Metuchen) has emerged as the front runner in an internal contest where there is only one voter – and he is undecided.

The conventional wisdom right now is that Corzine will choose between Buono and State Sen. Loretta Weinberg (D-Teaneck). Some Democrats were counting Buono out as recently as last Thursday, when Reality TV star Randal Pinkett looked to be the governor's first choice, and as recently as yesterday, when there were signals that Weinberg was the favorite. Pinkett held a news conference today to say that he would consider the LG nod if Corzine were to offer it. Democrats with knowledge of the LG selection process say that Corzine's choice will not be Pinkett.

Our advice to readers: this is all entirely speculative; wait for a formal announcement to know for sure. That announcement must come before Monday.

Buono, 55, is a three-term Senator from Middlesex County and chair of the powerful Senate Appropriations Committee. She spent seven years in the State Assembly.

An attorney, Buono served as a Metuchen Councilwoman before ousting incumbent Republican Joanna Gregory-Scoochi by a 54%-46% margin in a 1994 special election for the State Assembly. She moved up to the Senate in 2001 when Republican Jack Sinagra (R-East Brunswick) decided not to seek re-election to a fourth term. 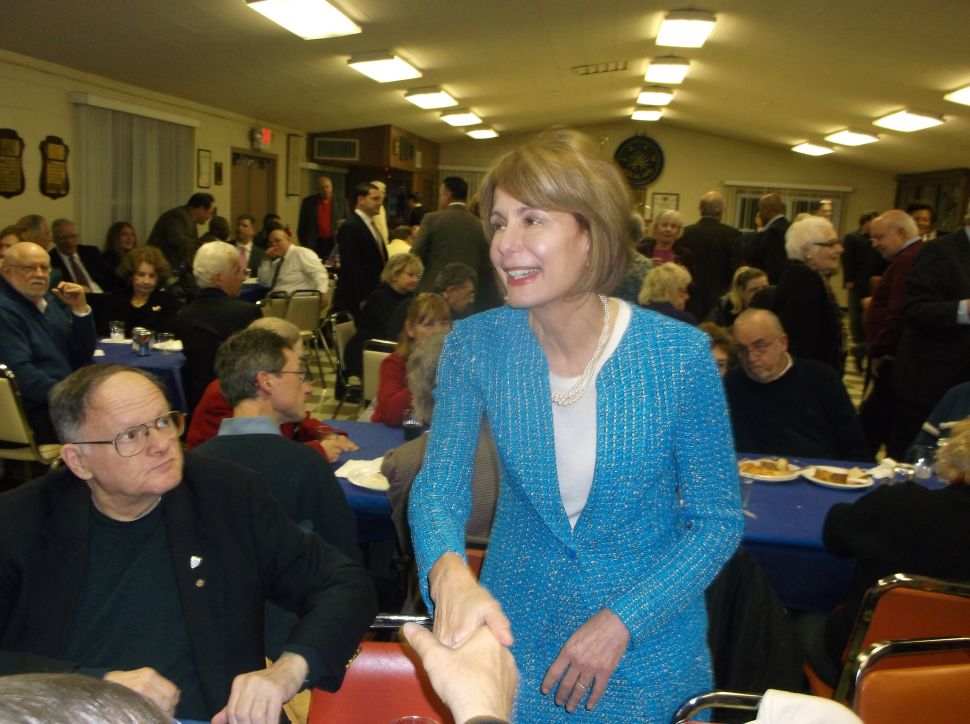