JERSEY CITY — Councilman Steven Fulop today distanced himself from other anti-political establishment activists who have called for Mayor Jerramiah Healy to resign.

Although Fulop, a constant thorn in the side of Healy and his allies, has called on arrested City council President Mariano to resign and will introduce a resolution of no confidence in him within minutes, he stressed that he has not called on Healy to resign.

“I sincerely feel it’s not fair, it’s not reasonable, it’s not just,” said Fulop during today's council meeting. ‘The fair thing is to respect the authorities who have more information than we have and have chosen not to arrest him.”

Fulop said that nobody had more to gain than him politically for calling on Healy to resign, but concluded his remarks by saying “we shouldn’t’ be painting people with an entirely painted brush about what happens next week.”

Vega, he said, is presumed innocent, but “the reality though is that while the assumption of innocence is the standard in our personal lives, the same standard does not apply to a role that is in the public trust.” 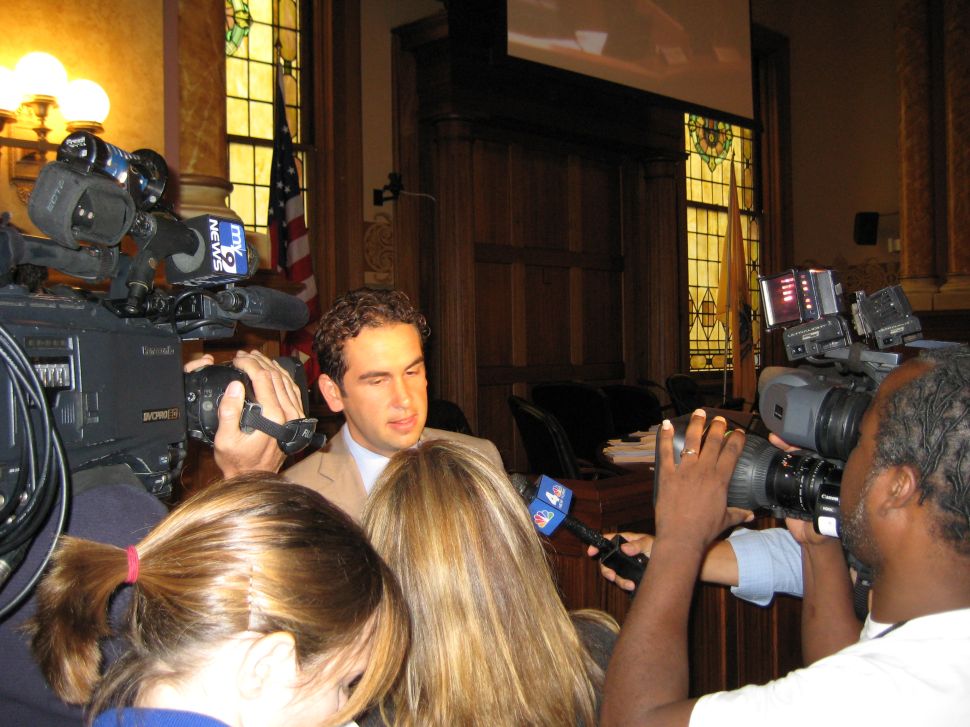