Somewhere out there in the bucolic netherworld of Holmdel, there's a counter-protest going on led by Republican operatives Matt Mowers and Ben DeMarzo.

Just in case there's anyone who didn't get it, the signs waving in the PNC Bank Center read: "Obama and Corzine: Working Together tokeep New Jersey Working."

There's yet another Michael Jackson standard blaring through the speakers.

Far – but not as far as the next town- Mowers and DeMarzo and their GOP allies are brandishing their own anti-Corzine signs.

They finally encamped at the front gate of Holmdel Park, but they had started out believing they were going to be corraled somewhere on the grounds of the Arts Center.

Stymied, Mowers latersent out an email blast notifying volunteers that they would have to settle for the Vietnam Veterans Memorial to make their statement.

When that didn't work, they figured they were headed for the parkinglot of Holmdel High School – home of the Hornets – but dark glasses driving golf carts with the area coned offtold the story on Thursday afternoon:the Republicans wouldn't be allowed there either.

So a half an hour in front of the Obama-Corzine event, Mowers and DeMarzo stood in front of Holdel Parkdemonstrating withmore of their numbers committed to joining them before, throughout and after the Democrats' rally. 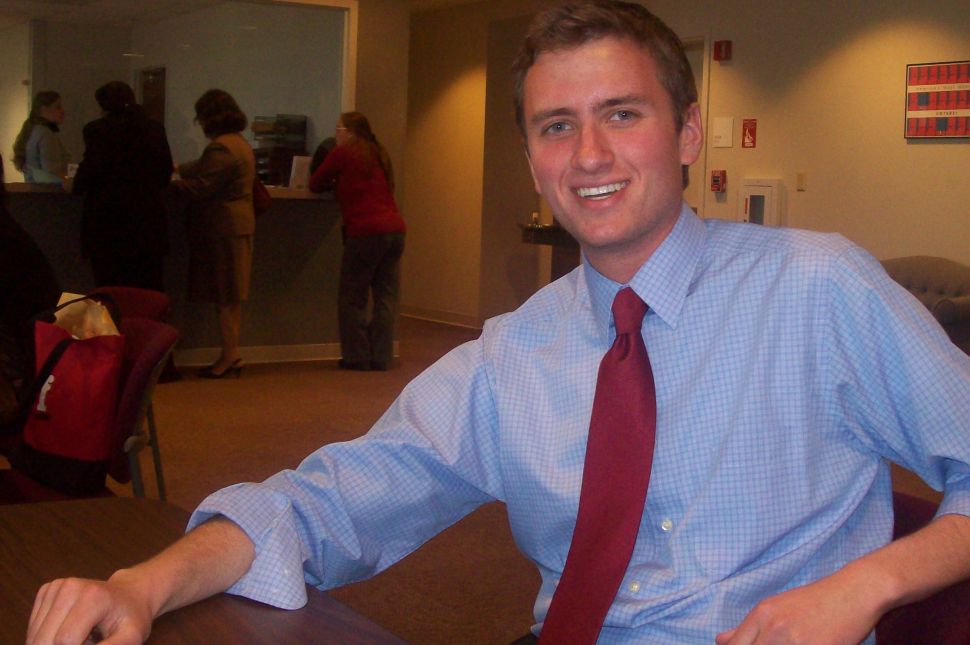