BERGENFIELD – As the chirping and now twittering about lieutenant governormaintained an all-time statewide din, Gov. Jon Corzine didn't indulge in any bombshells while he campaigned at the Filipino Heritage Festival here on Saturday.

When asked if he had decided on a choice for his running mate, Corzine yesterday afternoon told PolitickerNJ.com, "If I had, you'd be the first to know about it," before plunging with outstretched hand into another gaggle of potential voters.

As Corzine pivoted after making contact and started off in the direction of another densely packed group of people at the festival, he ran into two words followed by a question mark: "Randal Pinkett?" 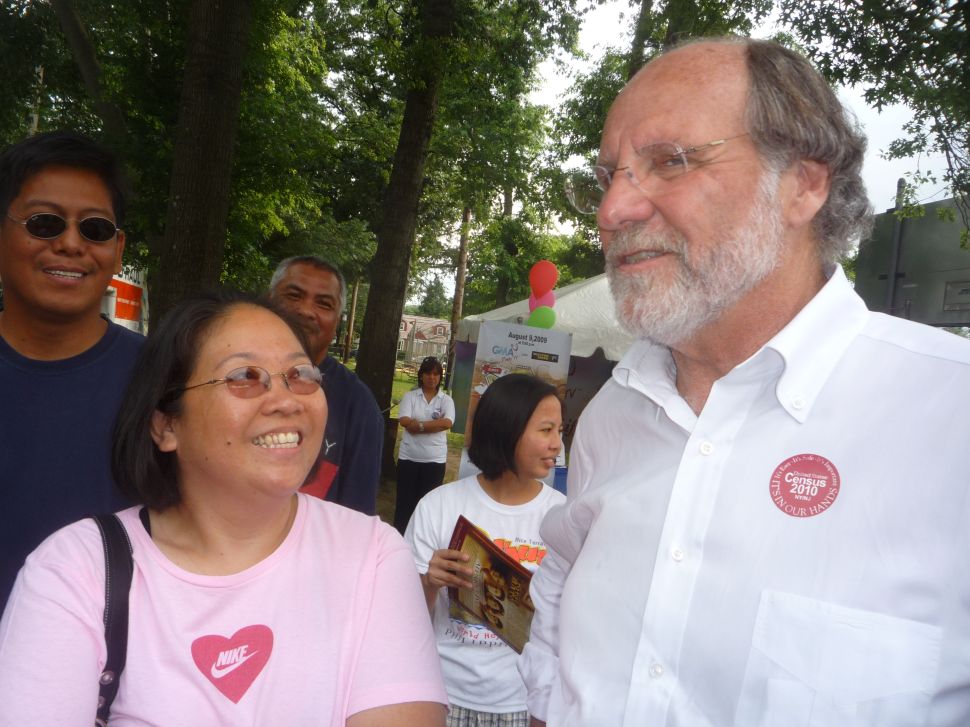