JERSEY CITY – The city’s political establishment is reeling. The council president and deputy mayor were arrested, as were several other officials and past candidates. Mayor Jerramiah Healy himself, identified in the feds’ complaint as “JC Official 4, met with FBI informant Solomon Dwek twice. A stream of 35 residents took the podium today at the first city council meeting since the scandal broke to admonish their elected officials.

Taking that all into account, Healy sought to ease the concerns of residents of his city and – by the looks of the media turnout – the entire tri-state area.

“Last week’s arrest of several public officials has been shockin and disturbing to anyone who holds public or elected office in the State of New Jersey, “said Healy.

Healy reiterated that he suspended all the city employees charged in the sting who he has the authority to suspend. He addressed his own part in the scandal, reiterating that “I have done nothing wrong and have not been accused of any wrong doing.”

Part of the speech could even have been mistaken for Healy’s stump rhetoric during the run up to the May municipal election.

“I want to assure the public that Jersey City continues to move forward, and that we will not let these arrests deter or dissuade us from continuing to do the important work of bringing investment and development to our city, keeping an eye on the bottom line to keep taxes stable, hiring more police officers to continue to make our city safer,” he said.

Healy did not call on Council President Mariano Vega to resign, say that the charges would “work their way through the system” and that it was up to Vega whether or not he wanted to step down.

He also commented on the death of political consultant Jack Shaw, who was found deceased at his apartment last night.

“All I can say about Mr. Shaw is that I’m very sad for his family, his friends. Jack, as you folks know, had a long history not just in Jersey City and Hudson County politics, but elsewhere. He was a person that, when I would see him at social events or political events, always outgoing, sense of humor, someone that always enjoyed a good laugh, and I’m very sorry about his passing,” said Healy.

Healy could not recall the last time he saw Shaw.

“I didn’t see Jack on a regular basis,” he said. 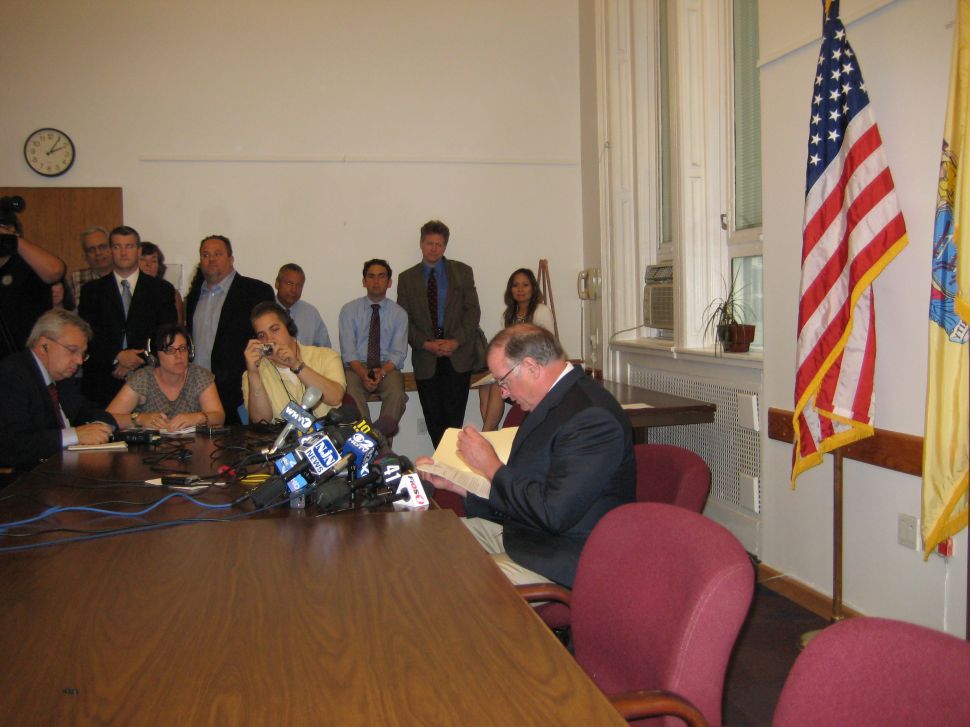