The race for the Democratic nomination for Lt. Governor appears to be exactly where it was more than a month ago – a contest between State Senators Loretta Weinberg (D-Teaneck) and Barbara Buono (D-Metuchen). Gov. Jon Corzine's personal first choice – vetoed by party leaders and a Star-Ledger editorial – was Reality TV star Randal Pinkett. Pinkett has scheduled a news conference for later this morning; he is expected to say that he is not ready to launch a political career. The deadline to pick an LG candidate is July 27.

For a while, it looked as though the governor was actively seeking an African American running mate. But the trial balloon launched on behalf of Pinkett, who was hired as Donald Trump's apprentice a few years ago, failed miserably.

Now Corzine, sources say, is torn between Weinberg, a close friend and ally (Weinberg was an early supporter and Co-Chair of Corzine's first campaign in 2000) and Buono, who now has the support of anti-Weinberg Democrats. Weinberg is popular with Corzine's staff. 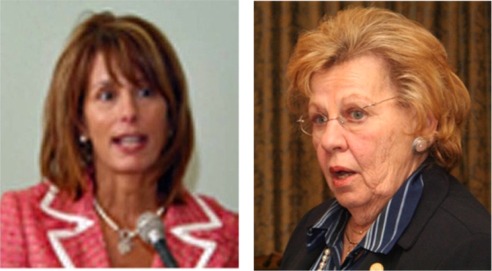