When Douglas Salters started as an aide to Jersey City Councilman James McLaughlin in 1993, the first thing his fellow City Hall staffers showed him was a desk. Not just any desk, but the one that belonged to the legendary Frank Hague.

Hague was mayor from 1917 to 1947 and word is he profited richly from it, becoming a millionaire despite never making a salary of more than $8,500 a year. His iron grip on local politics, though never matched, became the symbol of Jersey City's notorious political culture. His famous desk, which is still in City Hall, has a special drawer that Hague would push out, allowing guests to surreptitiously and conveniently deposit bribes.

"They said ‘This is Jersey City'… I was one day in office when I was shown that, and I realized that this was a rare kind of place," said Salters, who ran for council earlier this year in Ward B on the reform "One Jersey City" slate.

Yesterday, Salters was part of a group of about 80 who were protesting in front of City Hall, where the city council was about to have its first session since Thursday's corruption bust that took down two of Hudson County's mayors, an Assemblyman, the Jersey City Council president, a Jersey City Deputy Mayor and several city employees and political operatives. It remains to be seen whether the feds will press on against Mayor Jerramiah Healy, who turns up as "JC Official 4" in one of the criminal complaints.

Many of the protestors attended the council meeting afterwards, where they booed and hissed at Vega when he refused to resign.

Still, in numbers, if not by passion, the Jersey City protest was dwarfed by the earlier ones that took place in neighboring Hoboken after the arrest of Mayor Peter Cammarano. That was partly because the council meeting took place at 10am on a work day, but even the most ardent activists admit that, for one reason or another, the city's population – which is six times larger than Hoboken's – is far less engaged.

"I think unfortunately when you have a city like this that has a long running history of corruption and a culture of corruption, there is apathy," said Shelley Skinner, an education activist and possible future council candidate.

But Skinner sees reason for both hope and dread in the future.

"It is the biggest [scandal] yet, but the real question is I do feel the villagers are getting closer to the gate – probably closer than they have been in a long time. And, regretfully, I think there's probably more to come."

To compare Jersey City to Hoboken is unfair, said Nick Acocella, a Hoboken resident who writes Politifax, a weekly must-read insider newsletter. Hoboken is smaller, closer-knit and less diverse, both economically and ethnically.

"Jersey City and Hoboken are entirely different kinds of places. One is a community and one is a big city consisting of many communities, and the newest people there are ones that have no civic interest," he said.

Jersey City is so diverse that it defies easy classification, but one way to understand it in terms of the reform movement is to break its population into three groups: those who were born and raised here, and can trace their local lineage back generations; those who moved here from elsewhere, put down roots and invested in the city; and the crowd concentrated in the high rises close to the Hudson River, who, longer term residents joke, think their mayor is Michael Bloomberg.

The second group dominates the reformers. They are concentrated in the city's largely gentrified downtown but have allies across the city. Their most visible leader and only ally in City Hall is Ward E Councilman Steven Fulop, 32, who grew up in Edison and moved to Jersey City after college. Fulop doesn't always see eye-to-eye with the next highest profile reformer, Dan Levin, a good government advocate who founded the group CivicJC and ran for mayor this year. Their different approaches were on display this week, when Levin called on Healy, Vega and Councilwoman Nidia Lopez – who is dealing with a separate controversy over her residency – to resign. Fulop took a more measured approach and only called on Vega to step down.

Outside of the downtown area, groups like GRACO (an acronym for five street names) have raised environmental concerns with the city and fought against what they saw as a lax chromium cleanup settlement with PPG Industries. Most neighborhoods have at least one association that is politically active.

But the political progress has been limited.

"There are people who care, but many long-time residents have seen over time that it doesn't make a difference, their votes doesn't matter," said Levin, who owns a frame shop in Hoboken and has lived in Jersey City since the 1980s. "And some of the newcomers, I think, just haven't gotten engaged on that level. Maybe they don't see Jersey City as a home for the long term — just a way stop, perhaps. But I think we're getting to a turning point where that's changing."

Many reformers say that establishment politicos play the old school residents against the "yuppie" newcomers. Councilman Peter Brennan, a member of the city's political establishment, said that the city's lifelong residents are "true Democrats." They get upset at corrupt local officials but don't feel the urge throw out everyone who has been politically associated with them.

"I've lived basically all my life in Jersey City. When I go out I receive a warm reception. Even this past weekend we had a festival, a church thing I went to. Everyone was hugging me and praising me," he said. "I think it's old school Jersey City. We're still used to the old time politics. You know, that people stick with you and everything… The new groups that come in — the Levins, the Fulops – these are people who have been coming in here for the last two, three, four years."

Fulop, who had the largest margin of victory of any candidate in the city in the May municipal election, thinks that the reform movement has already arrived. He said that his showing at the polls is evidence, as was the enthusiastic response he and CivicJC got when they collected 3,000signatures to get two reform questions on the November ballot (city officials successfully challenged the petitions, arguing that ballot questions required the signatures of 10% of all registered voters rather than 10% of the number that turned out in the last general election).

As for demonstrations, Fulop is planning a bigger one for Tuesday night. He is organizing a National Night Out demonstration – which are usually protests against violent crime – and holding it in front of City Hall because "crime inside City Hall must be dealt with the same way as crime on the streets."

"At first it was that nobody cared. Then it was just the yuppies cared. Then it was just that downtown people cared, and then we got the votes at the housing sites. Now it's just Ward E, and the rest of the city doesn't care. That's not true," he said. "As you grow and you speak to more and more people, you understand that people are really smart. They know they're getting screwed." 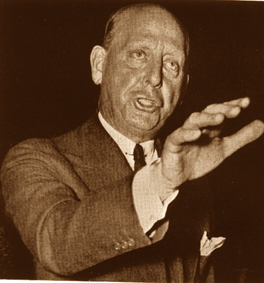