JERSEY CITY – The city council is going about business as usual with a regularly scheduled meeting that convened at 10:30am, about half an hour after its scheduled start.

But a quick glance at the chamber reveals that thisis a particularly well-attended meeting, with at least 200 people watching, and dozens of reporters and cameramen — many from New York City television news outlets that don't normally cover the workings of Jersey City government.

The reason for the interest is obvious. The city last week saw the worst of its political culture exposed, once again, to the nation after an FBI corruption bust netted a cast of Jersey City politicians, unelected officials and insiders. Adding a dark aspect to the controversy was the death yesterday of one of those politicos who were charged — political consultant Jack Shaw — whose body was found in his apartment next to so-far unidentified cases of pills.

Councilman Steve Fulop plans to introduce a resolution of no confidence in Council President Mariano Vega, who was arrested last week and charged with taking bribes. With Vega in attendance, it adds another element of drama.

There are about 200 people in the gallery, a few holding signs with slogans like “crooks and thieves must go” and “ethics, not bribes.”

Prior to the meeting, about 80 residents protested in front f City Hall, with signs superimposing a “for sale” stamp in front of City Hall and others calling on Mayor Jerramiah Healy, who is mentioned in federal corruption complaints as “JC Official 4" to resign.

“Right now this is the most compelling issue in the city. We need honest government. We need honest elected officials. And not to say that these people are not honest, but there’s taint there right now, and the issues today of what’s going on with the economy—they’re too compelling to let this happen right now,” said Ward F community organizer Bruce Alston.

The council started the meeting with a moment of silence for Shaw and Police Officer Mark DiNardo, who died two weeks ago after suffering a gunshot wound in a huge gun battle that wounded four other officers.

Vega gave the same statement he did at Monday’s caucus meeting: he was innocent, he would not resign, he would temporarily step down from the tax abatement committee and would for now cede his duties as president to a president pro-tem.

It was met with boos and hisses from the crowd.

At one point, Vega admonished the crowd about making noise during the meeting. He also said that Councilwoman Willie Flood, upon entering, was “manhandled by the press.”

There were more scoffs and boos. 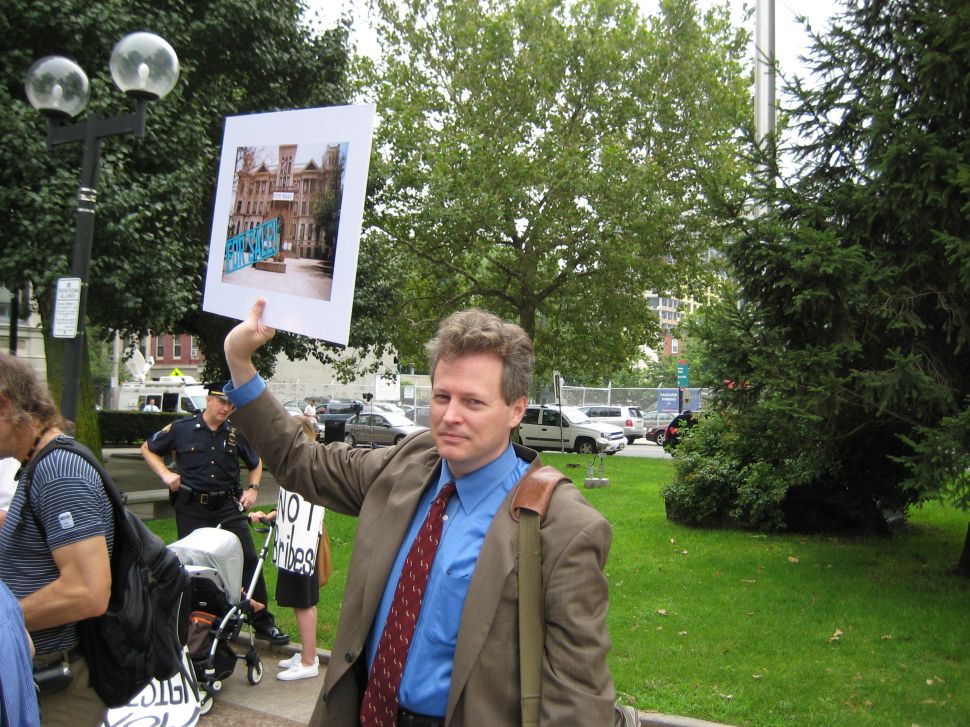